The experience of making Ace in the Hole clearly left a bad taste in Billy Wilder’s mouth. Mauled by contemporary critics (“It’s a distortion of journalistic practice,” noted Bosley Crowther in The New York Times), misunderstood by a studio hellbent on changing its title, and an obvious box office failure having failed to recoup its budget, the film wasn’t greeted with anything close to the reverence of 1950’s Sunset Blvd. “Fuck them All… Ace in the Hole is the best picture I ever made,” Wilder later remarked.

Yet, 70 years on, the film’s cautionary tale of an opportunistic local reporter (a career-best Kirk Douglas as the truly villainous, woman-strangling “journalist” Chuck Tatem) problematically steering the news agenda after a local man becomes dangerously trapped inside a collapsed cave feels less like a critique of the journalistic practices of its day and more like a warning of how the discipline might be bent out of shape in the years that followed.

Wilder, who initially worked as a reporter in Austria before fleeing after Hitler took power, was acutely aware of the dangers journalism was facing, and comments he made to German biographer Hellmuth Karasek seemed to suggest that Tatem was a reflection of the director’s own worst impulses. “As a journalist, I was brash, bursting with assertiveness, had a talent for exaggeration,” Wilder explained. “I was convinced that in the shortest span of time I’d learn to ask shameless questions without restraint.”

It’s clear that Tatem, portrayed by Douglas as the kind of arrogant snake oil salesman that American society so often falls for, is intended to put a flame to journalistic tradition, cheekily lighting his cigarette match on a typewriter. “If there’s no news, I’ll go out and bite a dog,” he bluntly boasts to his editor at the Albuquerque Sun-Bulletin, while an embroidered “Tell The Truth” art piece on the newsroom’ wall visibly disgusts him. Tatem, who tricks his way into the cave in order to voyeuristically observe and get soundbites from the trapped Leo Minosa (Richard Benedict), is told by the gravely injured man that he was simply on the hunt for Indian artefacts. However, the exploitative reporter turns this into an attention-grabbing headline that reads: “Ancient curse entombs local man”. He’s very much of the mindset that reporters shouldn’t let the truth get in the way of a good story, and the way he embellishes this incident has obvious parallels with our current era of fake news and alternative facts.

Tatem is more interested in inserting himself into the story than reporting on it objectively, a theme that feels especially prescient. He consistently tells colleagues of the importance of “human interest” stories and the public needing an individual they can latch on to to make sense of a major event. His colleagues wrongly assume this individual to be the unfortunate Leo, but Tatem is in fact referring to himself, and subsequently manoeuvres in a way where furthering his personal brand supersedes any factual reporting.

Another review by The Hollywood Reporter complained that Ace in the Hole was “a distorted study of corruption and mob psychology that is nothing more than a brazen, uncalled-for slap in the face of two respected and frequently effective American institutions – democratic government and the free press.” Yet hearing Douglas endlessly talk about creating a “Tatem Special”, while also cynically using a stranger’s misfortune to boost his own career, feels a lot less shocking today.

Tatem might have seemed like an anomaly to critics in 1951, but in 2021 his value system is everywhere that you look. Wilder seemed to know that his “talent for exaggeration” would only become more and more prevalent within journalism in the years that followed, with the director correctly envisioning a future where journalists were less interested in reporting stories and more preoccupied with becoming the story itself.

The post How Ace in the Hole foreshadowed the post-truth era appeared first on Little White Lies. 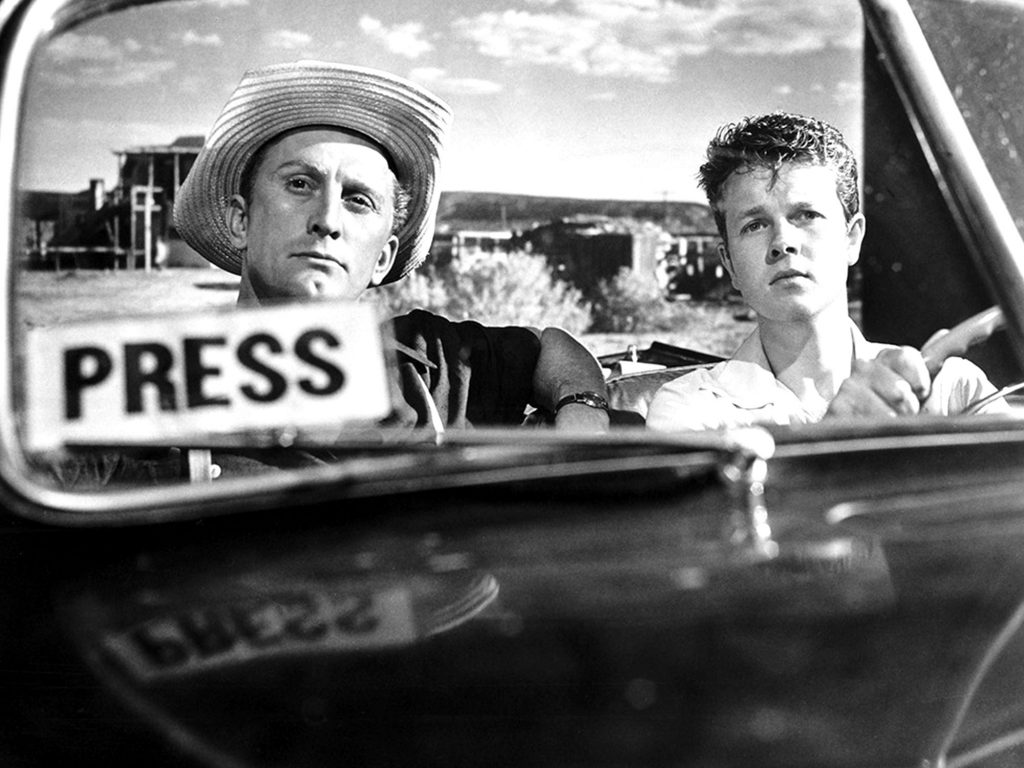