Space Jam 2: A New Legacy opens with a teenaged LeBron James getting dropped off at a basketball game his mother is unable to attend. He enters the gym downtrodden but is soon perked up by his friend gifting him an old Nintendo Game Boy. After receiving a stern talking to from his coach for focusing on a different game, we’re transported through an opening credits sequence that highlights everything LeBron would go on to achieve throughout his career. Eventually we land in a present day Los Angeles mansion, where LeBron is giving the same speech to his youngest son, aspiring video game creator Dom (Cedric Joe).

The film’s flimsy premise is based on the age-old conflict between Accomplished Father and Disappointing Son. At first the committed “family man” and “greatest athlete in the world” struggles to understand Dom – until he is forced to do so by malevolent sentiment computer programme Al G Rhythm (Don Cheadle), who sucks father and son into the Warner Bros ‘Serververse’ (studio archive), forcing them to face off in a game of ‘Dom Ball’ for the fate of the Looney Tunes and themselves.

On the surface, this long-belated sequel is little more than a nostalgic cash-grab for Warner Bros and a self-conscious exercise in myth-making for LeBron James. But when you look deeper inside Space Jam 2: A New Legacy it becomes even more cynical and sinister. The film’s antagonist, Al G Rhythm (effectively WB personified), is threatening to erase the studio’s archive in favour of absorbing a celebrity into the Serververse, and wants to use mass surveillance tech to transform the everyday social media user into the entertainment. Cheadle is clearly having the time of his life playing the evil AI, doing his worst impression of a Shakespearean madman (how you might have envisioned many actors spending time in lockdown). LeBron, meanwhile, turns in a stilted performance as himself (“Athletes and acting, it never goes well!” he chimes ironically early on), which is a shame considering his scenes with Bill Hader were the most enjoyable parts of Judd Apatow’s Trainwreck. As for any excitement over Zendaya voicing a new-look Lola Bunny, if her name weren’t on the poster, you’d hardly know.

As LeBron bounces around the Serververse reassembling the scattered Looney Tunes for the big game, Warner Bros (via “director” Malcolm D Lee) choose to flex their IP muscle instead of telling a coherent story: we pick up Daffy Duck in Gotham City; Yosemite Sam in Casablanca (‘play it again, Sam’…); and discover Granny in The Matrix for some reason.

During the climactic showdown the audience is littered with figures from the WB catalogue: Harry Potter, various characters from Game of Thrones and Alex’s Droogs from A Clockwork Orange are recognisable through cheap fancy dress, with King Kong awkwardly towering over them. They’re not participating in the match, but WB wants you to know that they own them, too. An exhausting, visually garish exercise in brand synergy, this soulless reboot fails even to effectively capitalise on its own nostalgia.

ENJOYMENT.
A few laughs accrued from Bugs Bunny, but mostly a depressing slog. 2

IN RETROSPECT.
Most useful to be studied as to how we got it so wrong. 1 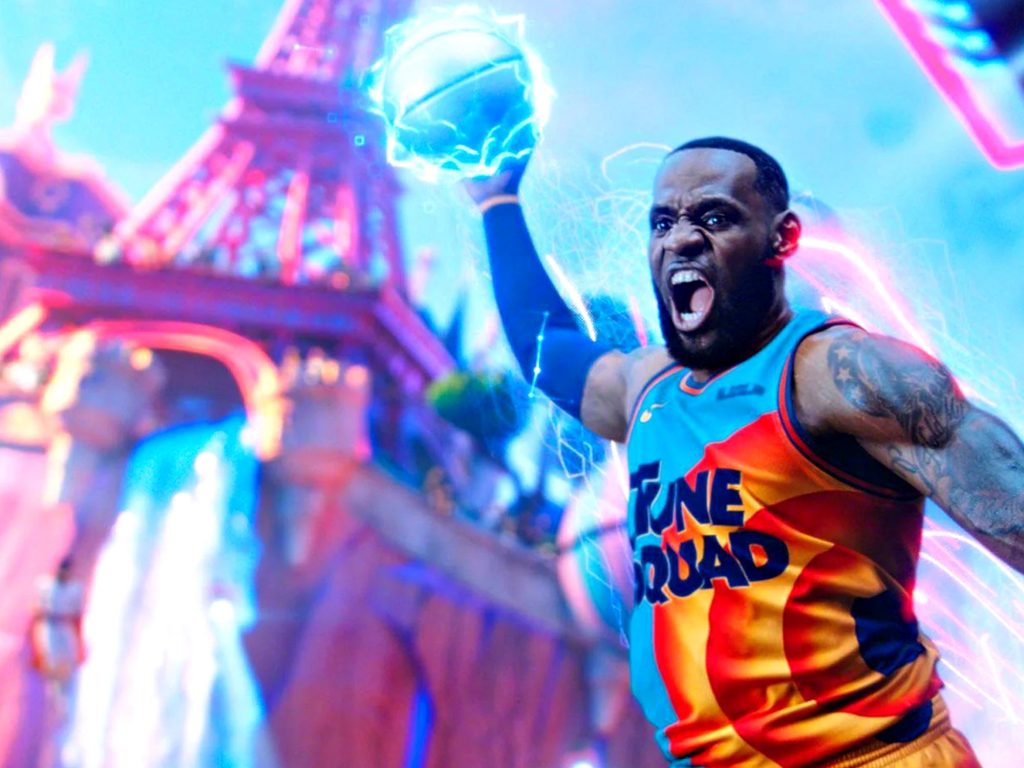