Bruno Dumont’s latest opens with the film’s title, in white text on a black background: “France”. Then a shot of the French flag, and a pan down to Léa Seydoux, who stars as a television journalist named, yes, France. (Her full name is France de Meurs.) Her first order of business is to grill Emmanuel Macron at a press conference, which Dumont assembles out of real news footage, inserting Seydoux into the proceedings with shot-reverse-shot patterns and digital compositing.

Seydoux has been nearly ubiquitous at Cannes this year; she risks wearing too narrow a groove with her performances, which often call forth a familiar controlled flirtatiousness, a withholding smile and a secret sadness. It’s so refreshing to see Seydoux in a more broad, loose mode as France flirts with the President before slamming him with a Paxman-tier poser, then gesticulates excitedly with her producer/assistant Lou (Blanche Gardin) at the back of the room, pulling faces and humping the air.

The opening scenes of France promise a brazen slash through the upper echelons of contemporary French politics and media, but that’s not what Dumont has in mind. Instead, the reckoning promised by the title comes through a somewhat cryptic diagnosis of France’s depression and disillusionment.

Though France, befitting her celebrity, wears expensive, stylist-approved outfits, she’s often stuck in a mood of tearful inertia. Seydoux is still going self-consciously big with the performance, France is still sucking up all the oxygen in the room, but there’s actual pathos to it since France’s depressive erratic behaviour coexists with damp, low-energy wallows. (Gardin’s snappy, avid performance as the ever-hustling Lou makes an amusing contrast.) Oppressed by her fame, and guilty at her privilege, France attempts tone-deaf acts of semi-public contrition and a trip to a German alpine sanitarium – shades, with the latter, of The Magic Mountain, with a similar ambient backdrop of a dying European order.

The glib elites who serve as France’s panel show guests and benefit dinner table mates are constant reminders of late-stage neoliberalism and the anaemic EU; the malaise also hits closer to home, where France endures an unhappy marriage to an egotistical novelist in a frigid and immense bourgeois maison, and in Dumont’s direction, in which camera placement, pacing and tone can sometimes seem arbitrary and resistant to interpretation.

What’s wrong with France? On frequent reporting trips to war zones, which she broadcasts on her nightly newsmagazine show, she directs her cameraman to get staged shots of real danger, and swears at herself and says variations on “We’ll do it again,” as the bullets fly. Sometimes breaks down and cries for no reason, which she sometimes decides is good television, heartstrings-tugging reporting. Her segments proceed in more or less chronological order, from joint war-on-terror missions, to depopulated Middle Eastern cities reduced to rubble, to the migrant crisis on the Mediterranean.

Her segments are shallow and staged, but despite being Exhibit A in Dumont’s diagnosis of a sick society, they’re not obviously sensationalist or irresponsible compared to so much actual European tabloid media. France’s disease – the person and the country – is hard to pin down. Dumont’s indictment is holistic, maybe even spiritual, and satire without an articulated target is a tricky and subtle thing to pull off. France sometimes feels like a state-of-the-nation address written in invisible ink. 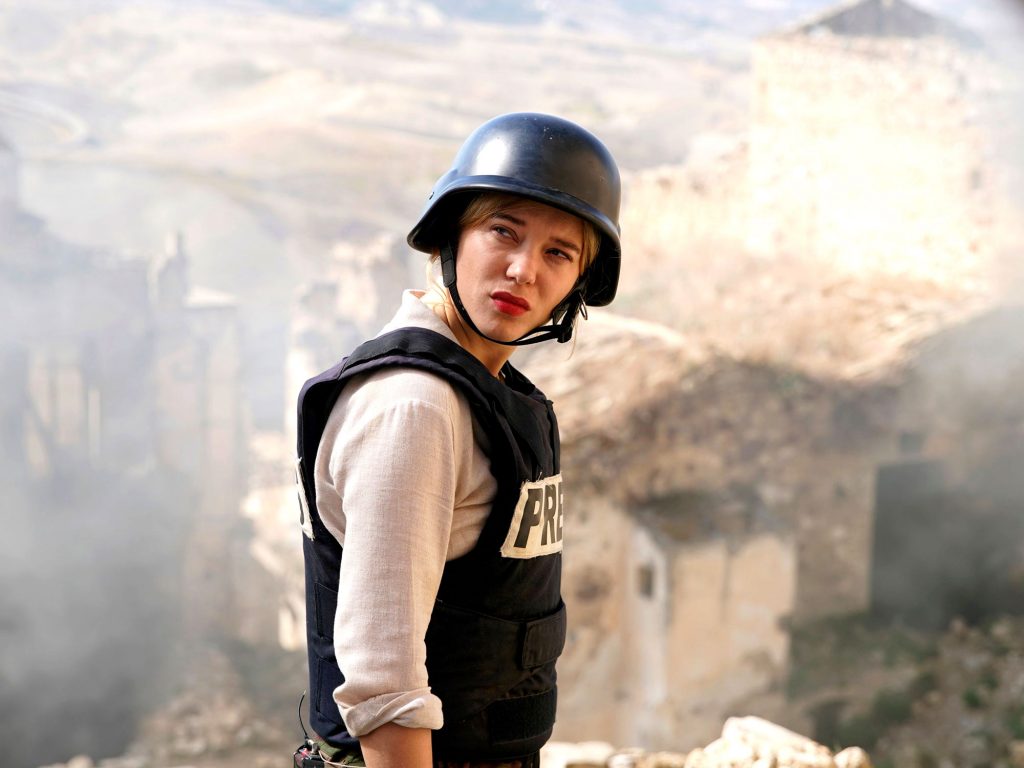