Celebrating its 25th anniversary this year, the Tomb Raider franchise was reinvented in 2013 and 2018 when it went all serious and explored heroine Lara Croft’s bleak origins in both video game and film prequels. Today, Tomb Raider has a new legion of fans and seems – dare I say it – cool all over again.

What’s still not regarded as cool, however, is the game’s first Hollywood outing. Upon its initial release in 2001, Lara Croft: Tomb Raider was slated by critics and fans alike for its apparent lack of thrills. But for a queer 14-year-old living in the north of England, it was the most thrilling, empowering spectacle I had ever seen.

While the film didn’t coincide with my personal coming out, it is very much a part of my formative queer years – on a par with seeing Ryan Phillipe’s rippling physique in 1999’s Cruel Intentions and wanting to be a bad ass bitch like Sarah Michelle Gellar. When you experience a daily ritual of mental and physical abuse, as many young LGBTQ+ people do, watching powerful women like Lara Croft taking zero crap, opposing the patriarchy, and running around with a big clock in her hand, makes it more bearable.

There’s a ‘Digging into Tomb Raider’ featurette on the original DVD release that’s lodged in my memory. It sees Angelina Jolie, without a hint of irony, telling viewers that she didn’t wanted to make something “cartoony, stupid or camp”. This struck me as an odd thing to say because that’s precisely what the finished product – and particularly her performance – is. What’s even more strange about this comment is that, in hindsight, Lara Croft: Tomb Raider seems to know exactly how ridiculous it is. The knowing looks, the cutting banter – the sheer camp audacity of it all – are what made the film resonate with me. Jolie’s Lara is unrelenting in her sarcastic remarks, particularly to her skivvy Bryce (Noah Taylor), and her sense of humour never wavers, not even in the face of mortal danger. This is how I wanted to be when faced with bullies at school who saw my queerness as a weakness to exploit. I wanted to devastate them with witty comebacks, rather than the eerie muteness of a silent movie star.

In 2001, the UK education system was still reeling from Thatcher’s Section 28, so trying to understand my attraction to men while having no precedent for it was confusing. In a scene where Lara surprises a naked Alex (Daniel Craig), she looks at his groin with facetious delight before walking away, leaving him needing a cold shower. Although this scene presents a cis-heteronormative relationship, I saw myself as Lara then; a superhero, yes, but also a person with relatable desires.

Lara’s frustration with butler Hillary (Chris Barrie) as he attempts to put her in both a dress (“I’m only trying to make you into a lady”) and a gender-specific box is crucial in cementing the film in the queer canon. Dress aside, Lara’s complete individuality and refusal to be neither feminine nor masculine is essential queer viewing. She doesn’t do it out of spite, but out of need to exist and flourish as herself.

Lara Croft: Tomb Raider is far from perfect. Jolie is frequently objectified (that shower scene?!), but for those of us who have long felt victimised it provides just the right blend of humour, warmth and escapism. There are other, equally relatable moments in the film, such as when Lara, wearing black sunglasses, defiantly puts her feet on a chair in an auction room full of stuffy, privileged old white men. She simply doesn’t give a shit.

Queer people are sometimes made to feel like our existence doesn’t matter, but like Lara, we try and rise above it with a cheeky smile and ‘fuck you’ attitude.

Little White Lies is committed to championing great movies and the talented people who make them. But to keep going, and growing, we need your support. Become a member today.

The post Lara Croft: Tomb Raider was an escape for queer teens like me appeared first on Little White Lies. 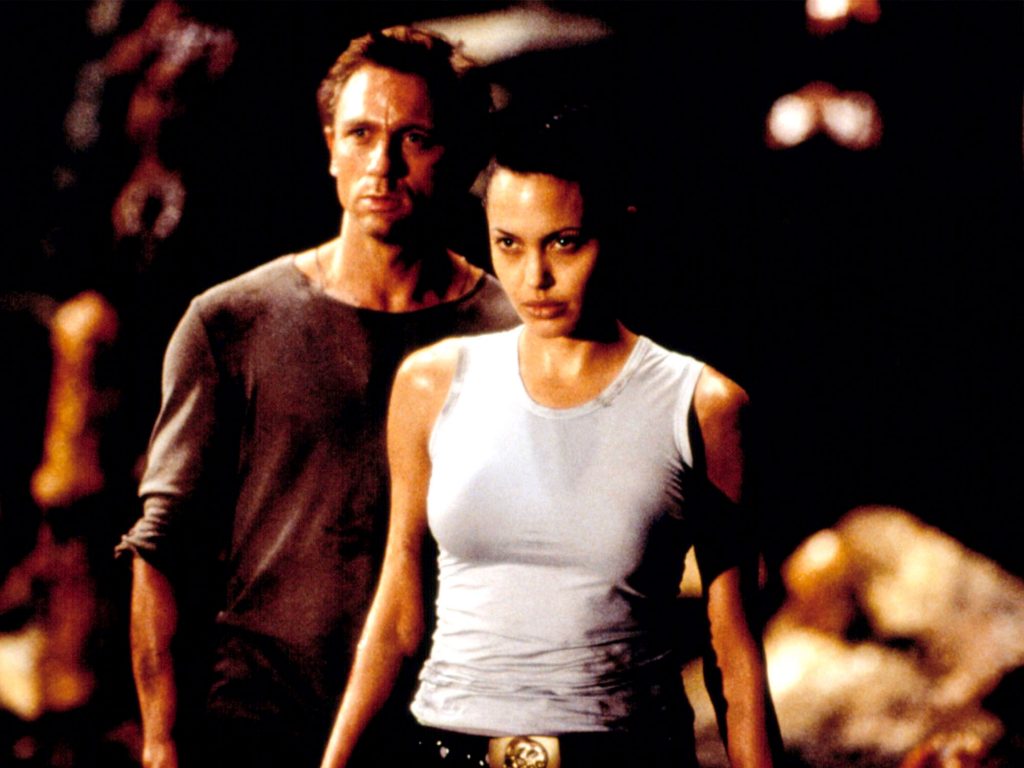