As the old saying goes, don’t look a gift horse in the mouth. And, when 17-year-old recently orphaned Ida (Sandra Guldberg Kampp) is sent to live with what seems to be a loving cluster of her extended family, the comfort of her new predicament makes it easy to turn a blind eye to an ever-growing series of red flags.

Having lost her mother in a car accident shortly before turning 18, Ida was given no other choice but to move in with her closest family member – in this case, her estranged aunt Bodil (Sidse Babett Knudsen). The matriarch is always impeccably polished, her presence in a room never not felt. She spoils and coddles all of her three sons, placing soft kisses on their adult lips and lovingly buttering their sandwiches. Her eyes, however, shine brighter for David (Elliott Crosset Hove), the darling, sensitive middle child.

Jeanette Nordahl’s directorial debut cleverly unveils the family’s idiosyncrasies through the ins and outs of their drug trafficking business. Bodil’s house functions according to Michael Corleone’s infamous “don’t ever take sides with anyone against the family” rules; their inner circle is held firmly by the shackles of loyalty. Yet what the doting mother believes to be love translates into a suffocating grasp – the tighter she holds, the more agonising the lack of air. It is precisely this sense of claustrophobia that enhances the film’s portrait of a world that runs on deathless cycles. Here, there is no illusion of a possible escape. Addiction feeds into coin that feeds into danger that feeds into fear that feeds into addiction, and Ida is yet another cog in the machine, tragically trapped in the netherworld that doomed her mother – an addict herself.

Paradoxically, as the brood’s operation becomes more violent, their domestic routine becomes more tender. Blood is wiped from hands just in time to clap happy birthday, and words – regardless of their weight – are never hushed. As well, kinship equals undiminished trust as Nordahl builds on the idea that imposed closeness only aids a pounding, guttural need to run. Ida’s only refuge from this maddening plight is through the throbbing beats of electronic music, as nightclubs provide an easy shot of blissful sweat-induced freedom.

The rare moments she finds herself away from the clan, on the other hand, are filled with a deafening cacophony of static – an unsilenceable reminder that, no matter how hard she pulls, the cuffs won’t loosen. Concurrently, the teen navigates the archetypal woes of adolescence, hesitantly exploring her clouded sexuality while growing ever-aware of the chauvinistic minefield women are made to walk through.

“For some people, things go wrong before they even begin”, Ida painfully ponders, summarising Nordahl’s enthralling exploration of doomed fates as it draws to its striking conclusion. The words are only fitting, as Wildland stands as a bleak reminder that, to some, hope is nothing but a losing game.

ANTICIPATION.
A Danish crime drama from an unknown director might go unnoticed. 2

ENJOYMENT.
Never a dull moment. César-winning Sidse Babett Knudsen is a stand out. 4

IN RETROSPECT.
Surprisingly moving, Wildland places director Nordahl as one to watch. 4 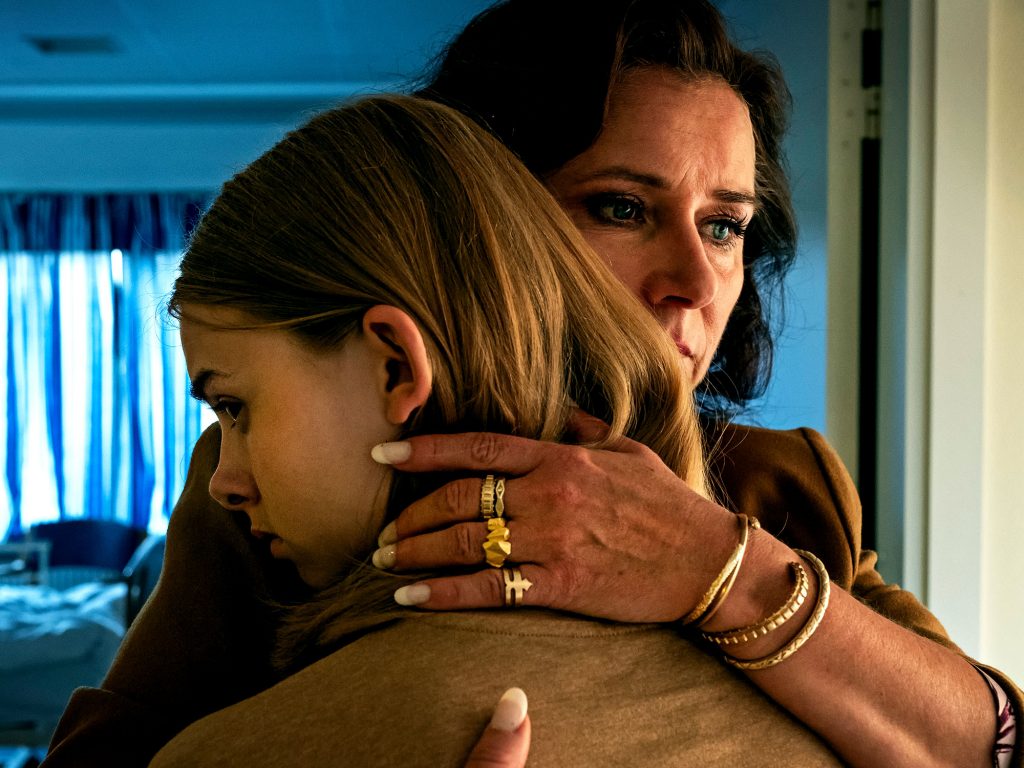