Prophecy opens with three sequences that together establish its themes. In the first, a search-and-rescue team in the Maine woods, out at night looking for missing lumberjacks, themselves come under violent attack from someone – or something – in the dark. A tableau of the corpse-strewn scene the following morning is accompanied by classical music, which bleeds irrationally into the second sequence, as Maggie Verne (Talia Shire) performs the piece in an orchestra before a monied, urban audience, and afterwards, discusses with a fellow cellist her reluctance to reveal to her husband that she is pregnant.

In the third sequence, just as Maggie’s husband Robert (Robert Foxworth), a committed if frustrated public health worker, complains of the ‘futility’ of being “strictly a rat bite and gas leak man” in a neglected ghetto environment where nothing ever changes, he is approached to compile an Environmental Protection report that could resolve a volatile dispute between Native Americans and a paper mill company. Robert heads into the wilderness with Maggie, hoping for once to be able to make a difference.

Indeed, the polarities introduced here – nature vs culture, idealism vs cynicism, human vs beast, indigenes vs colonisers, pregnant hopes vs maternal anxieties – will all continue to clash and hybridise throughout John Frankenheimer’s eco-horror, which, like George McCowan’s Frogs, William Girdler’s Day of the Animals and Colin Eggleston’s Long Weekend, concerns not just one monstrous creature enacting nature’s revenge, but a whole ecosystem full of them (freakish fish, raging raccoons, etc), leading all the way up the food chain to the apex predator.

At the heart of this animal apocalypse is a very human tension, as the lumbermen, led by Mr Isley (Richard Dysart), pin all the disappearances and deaths on the angry insurrection of the “original peoples” (or ‘Opies’), while those Natives Americans, led by John Hawks (Armand Assante) under the guidance of elder Hector M’Rai (George Clutesi), attribute them to the vengeful giant forest spirit Katahdin (in fact invented for the film and named after a local mountain). Caught between two groups whose ideologies are at aggressive loggerheads, Robert starts suspecting that the real problem may be illicit polluting by the lumber company, and its mutogenic effects on the nearby flora and fauna.

The beautiful Maine forestland that forms the principal location of Prophecy is far from virgin, its defilement visible in the barren scars left by logging – a potent image that captures the ecological struggle key to the film, much as, in the middle of this Garden of Eden, the paper mill is a smoke-belching hell. Here, as desecrated mother nature births creatures of Eraserhead-like grotesquerie, Maggie grows ever more nervous about what might be growing inside her now that she has eaten the local fish, with David Seltzer’s screenplay highlighting the intimate interconnection between humanity and the environment. Soon, as horrific evidence of what is happening in the woods, Maggie will be carrying an altogether different baby, while its ferocious, malformed mother – inspiration for the most terrifying creature in Alex Garland’s Annihilation – goes on a murderous rampage to get back its own.

Perhaps the most interesting character here is Isley. He is ostensibly the villain of the piece, ultimately responsible for all that has gone wrong. But his errors are more by omission than commission, as he turns a blind eye to the toxic misdeeds of his subcontractors. Asked by Robert if he knew about the chemicals being pumped into the area’s water system, Isley replies, “I didn’t want to”. And so he captures the wilful ignorance of us all as global catastrophes of our own collective making edge ever closer.

Robert’s final report is written, not unlike the script for this film, on thousands of paper pages of the kind that the mill produces as cheaply as possible. Instead of demonising Isley, the film implicates all ‘civilisation’ in his sins, and even allows him a climactic moment of redemptive ennoblement – although, significantly, it comes as too little far too late and has literally no effect on anything.

Beyond the title, the word ‘prophecy’ is never actually mentioned in Frankenheimer’s feature. Yet one suspects that the word marks the film’s status as predictive parable, offering a forewarning of the disaster towards which we are all racing. Now that, some four decades after Prophecy was originally made, we are that much closer to a reckoning for the damage that we have done to our earth, this creature feature now looks ever more prophetic. What it has to say about the awful consequences of our actions as a species is a bitter pill to swallow, or a hard message to bear.

Prophecy is available on Blu-ray via Eureka Entertainment from 16 August. 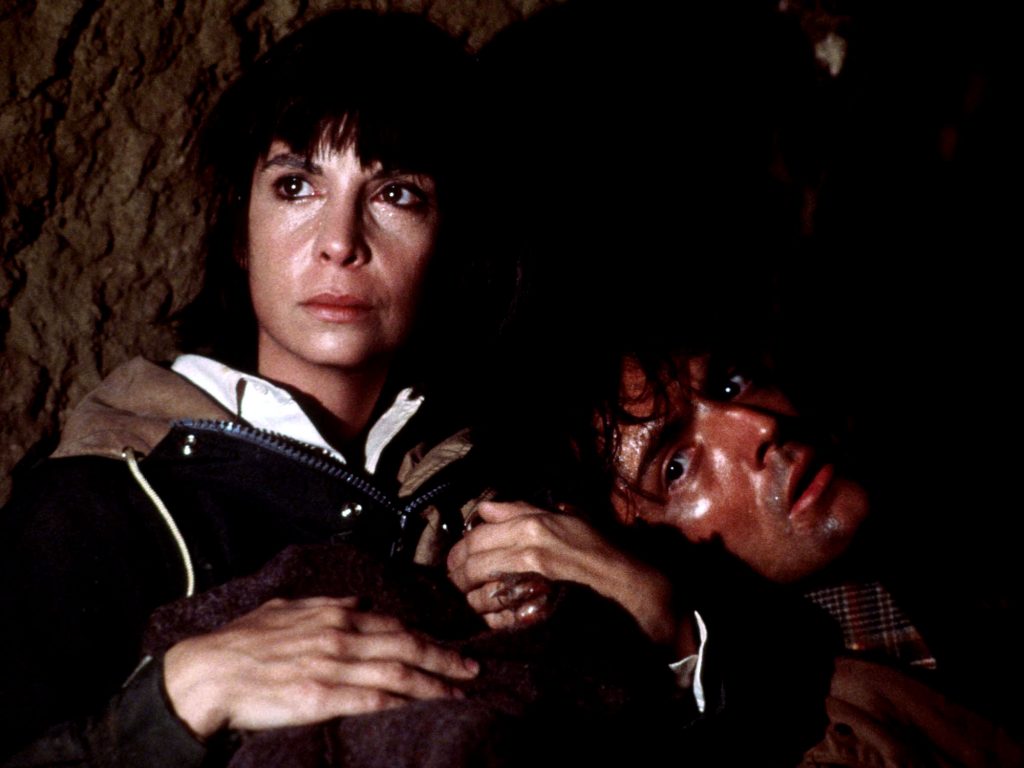