The films of Sarah Maldoror, who died last spring at the age of 90, were as politically revolutionary as they were radically beautiful. She was inspired at all turns in her career by poetry and art, and motivated by the fight to liberate oppressed people. In cinema she found the perfect form of self-expression, and the right medium for her message: a cry for freedom that deserved a wide audience. Her sad death from Coronavirus complications has prompted a new wave of interest in her work, and an in-depth retrospective at this year’s year’s IndieLisboa was surely one of the richest seams in the festival’s programme.

Maldoror made 42 films, including features, shorts and documentaries, many latterly for French TV. Though some of her work (such as her contribution to Chris Marker’s Sans Soleil) went uncredited, and some of her films have been lost (including 1970’s Guns for Banta, which was confiscated by the authorities) her authorial voice is captivating. The selection of Maldoror’s films at IndieLisboa testified to that, making the case for her as a major filmmaker, as did the illuminating introductions from Maldoror’s daughter Annouchka de Andrade, artistic director of the Amiens International Film Festival.

Maldoror was born in Condom in the southwest of France in 1929. Her father was from Guadeloupe and her Black identity was reflected throughout her work which was rooted in Africa and the Caribbean, centring themes of immigration and especially the evils of colonialism. She chose her own name, from the narrative poem ‘Les Chants de Maldoror’ by the Uruguay-born French writer Isidore Lucien Ducasse. After drama school in Paris she founded Les Griots, a radical Black theatre company. But in the ’60s, after encountering Soviet cinema, particularly Battleship Potemkin, Maldoror travelled to Moscow to study film, where Ousmane Sembène was one of her contemporaries.

Maldoror moved to Algeria with her husband, the writer and activist Mário Pinto de Andrade, where she worked as assistant director on films including The Battle of Algiers and the kaleidoscopic, urgent Festival panafricain d’Alger. Maldoror’s first film was the short drama Monangambeee, set in Angola, in which a snooping officer ignorantly misunderstands a conversation between a prisoner and his wife, with terrible consequences. It’s a sharp jolt of a film, with an avant-garde soundtrack from The Art Ensemble of Chicago and a chilling message. There’s only one professional actor in the cast; the rest were mostly activists in Angola’s fight for independence from Portugal. Maldoror’s 1972 feature Sambizanga, which screened in a stunning new restoration from The Film Foundation and Cineteca di Bologna, tells a related story from the Angolan fight for independence of a political prisoner and his wife, adapted from a novel by José Luandino Vieira. The opening shot, as in Battleship Potemkin, shows waves crashing onto shore – an image that recurs in many of Maldoror’s films – evoking both the travels of African diaspora and the pulse of revolutionary struggle.

Sambizanga tells a Potemkin-like story in which the loss of one life ignites a wider insurgency, and as with that film – and so much of Maldoror’s work – it cannot be reduced to its militant politics alone. It’s a gorgeous film, with a golden colour palette, light dancing over verdant slopes, and the heroine frequently seen in long shot, enveloped in the haze of a dusty road. Maldoror’s compositions are consistently beguiling, and her aesthetic sensibility tended to the classical: each of her films took a specific work of art or artist as its photographic inspiration.

Many of Maldoror’s later films combined anti-colonialist politics with her love of music and poetry, as in Aimé Césaire – un homme une terre and Un Masque à Paris: Louis Aragon, or her collaboration with jazz saxophonist Archie Shepp in the quirky teen musical Scala Milan AC, in which Parisian kids enter a song contest so they can win a pilgrimage to the Italian city. (Maldoror wrote the lyrics to their winning song, Shepp the tune.) But her camera could find poetry outside artistic, musical and literary sources, in short documentaries that capture scenes of a Parisian graveyard (Le Cimietière du Père Lachaise) or in the gloriously transgressive spectacle of carnivals in Guinea-Bissau (A Bissau, le carnaval) and Cape Verde (Cap-Vert, un carnaval dans le Sahel).

There is poetry, too, in the life of immigrant Paris dustmen. One Maldoror film not to be missed is the made-for-TV comedy Un dessert pour Constance, about street sweepers gripped by a passion for haute cuisine who enter a TV cookery competition to raise money for a sick comrade. This deceptively light confection layers many of Maldoror’s cinematic strengths. It’s a witty film, poking fun at French culinary pomposity and exposing thoughtless everyday racism, comprised of quirkily beautiful compositions and concluding with a rousing message of class solidarity. It’s a taste that lingers delightfully: the touch of a truly great film artist, whose undeniable artistry was always laced with a progressive vision. 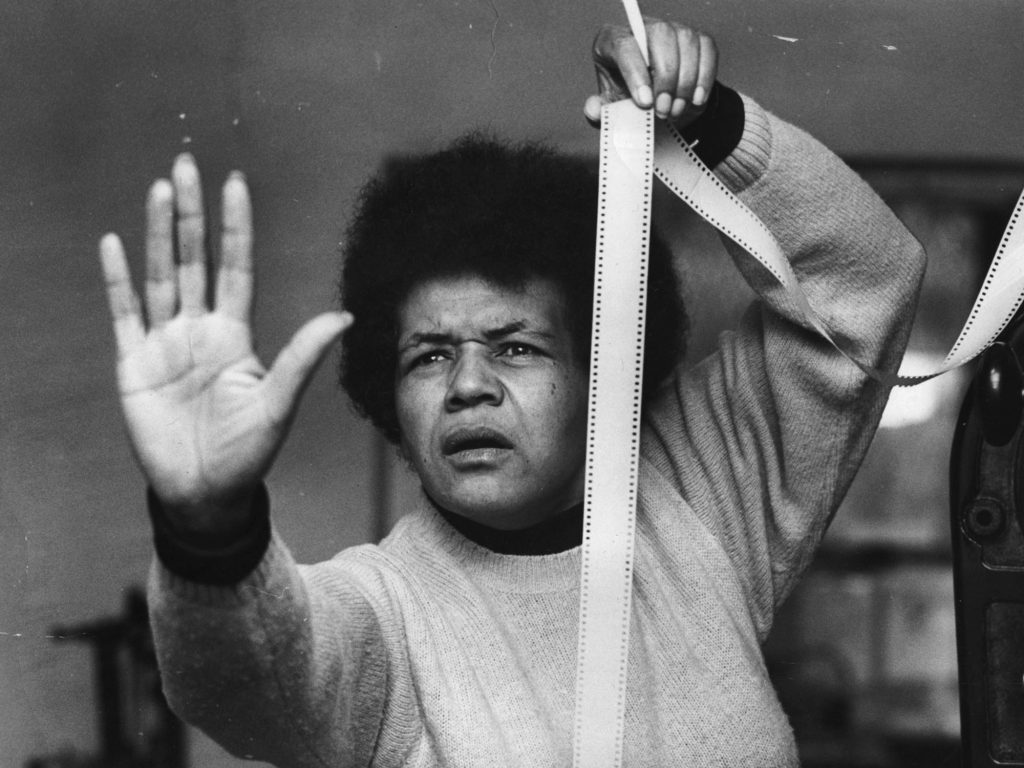