There was a period in my life not so long ago where I watched John Cameron Mitchell’s Hedwig and the Angry Inch once a day. The grasp the film had on me felt exactly like a teenage obsession – the kind where you can rattle off the middle names, birthdays and pets of all the members of your favourite band on request, often when not actually asked to divulge said information at all.

At 24, I was past the point of caring about anything as much as I used to care about My Chemical Romance, but following a series of unfortunate mental health events, I was suckered into watching Hedwig’s rock performances over and over and over. My mantra became this: If Hedwig can get through a botched gender affirmation surgery, a stolen discography, repeated heartbreak since her childhood and being misunderstood by the masses, surely I can get through the lowest months of my life.

Four years later, I still hold a candle for Ms Hedwig Robinson. Being a genderqueer East German singer in a failing rock ’n’ roll band, her story may not seem outwardly relatable. But it has made everyone I’ve shown the film to feel seen. This is not your typical rise-and-fall narrative arc but rather a rise, fall, rise, fall, fall and rise again that is much more representative of real life. Especially for anyone who has ever felt like an outsider.

Miriam Shor, who played Yitzhak, Hedwig’s assistant, backing singer and husband in both Mitchell’s film and the original stage production, agrees that Hedwig is a story for anyone who has ever felt othered. “It’s the struggle that this person is going through to figure out who they are in this broken world. When they’ve been so hurt and so misused. It’s about answering the question: How can you come to a place where you love yourself?” The musical, Shor adds, came to life through workshops, “​​sitting in some abandoned office where Stephen Trask [Hedwig composer and on-screen band member Skszp] was just sitting on the floor with his guitar, making up harmonies and the songs while Mitchell [writer, director and Hedwig herself] finished the story.” Hedwig and the Angry Inch eventually opened 0ff-Broadway in 1998, which led to the film’s production and subsequent release on 12 September, 2001.

This date, notable for its proximity to 9/11, to some extent helped to cement Hedwig and the Angry Inch as a cult movie. Shor suggests that part of the reason the film has such a loyal fanbase is because “everyone loves an underdog”. This certainly rings true when you consider the film’s poor box office return, which Mitchell attributed partly to its inauspicious release date.

Of course, the titular character is not the sole underdog in this story. With the exception of Luther – whose backstory as a queer Black American lieutenant in Berlin is not explored – everyone in the film has their own issues. Yitzhak is struggling with his desire to be a drag queen while married to Hedwig, who is obsessed with her ex. Hedwig Schmidt, who gave Hedwig her name, is a single mother living under communist rule in East Berlin. Even Tommy Gnosis, the de facto villain from a strict Christian family, is wrestling with his sexual identity when we are first introduced to him.

The complex identities represented throughout the film solidify its core message: Accepting yourself is a long, stressful and often harrowing journey, particularly when your gender or sexuality have a history of being marginalised in mainstream society. What makes this film special to me, a plus size queer woman who has struggled with body image, depression and anxiety repeatedly over the years, is that Hedwig and her peers’ stories are not trying to brush away our struggles with the stereotypical “it gets better” message that is frequently touted to the LGBTQ+ community.

Instead, the acknowledgement that often life gets shit, then better, then shit again, is a much more realistic representation of the ebbs and flows of living in a marginalised body.

The post Hedwig and the Angry Inch remains a testament to self-acceptance appeared first on Little White Lies. 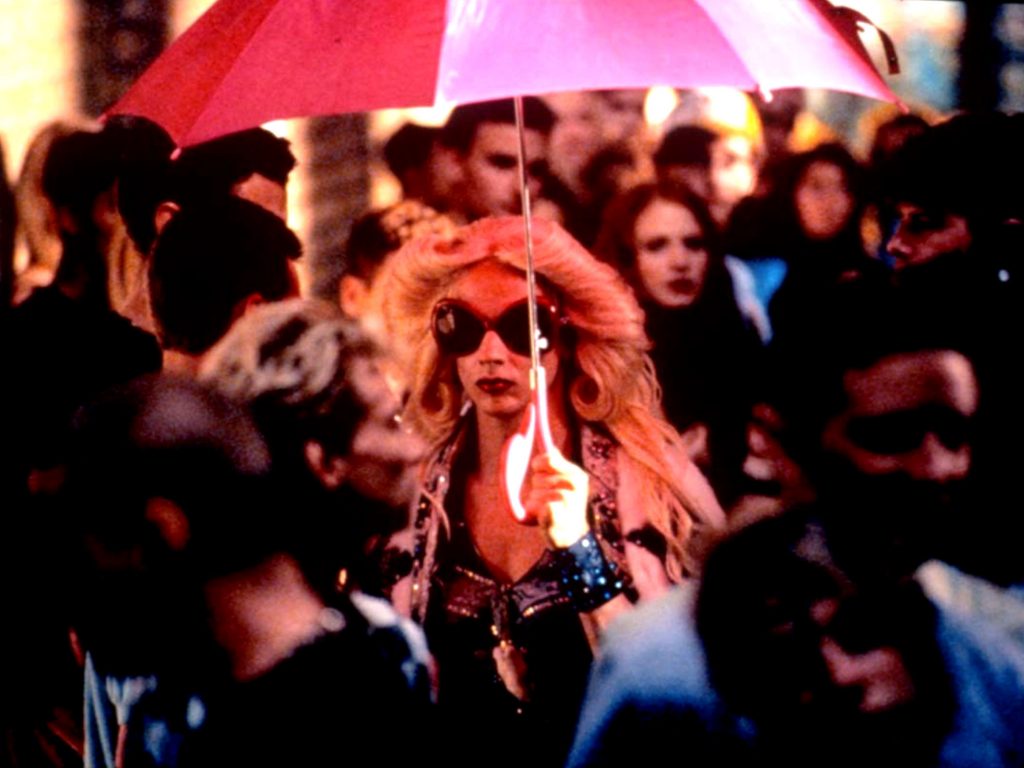