Wes Anderson’s tenth feature film seems tailor-made to appeal to movie lovers who also appreciate the art of print journalism. Concerning the foreign bureau of the fictional Liberty Kansas Evening Sun newspaper, The French Dispatch follows three separate storylines gathered together within the supplement’s final issue, to be released upon the passing of its founder and editor-in-chief, Arthur Howitzer Jr (Bill Murray).

These dispatches take the form of a travelogue filed by cycling enthusiast Herbsaint Sazerac (Owen Wilson), an arts report from JKL Berensen (Tilda Swinton), a political investigation by Lucinda Krementz (Frances McDormand) and a food column written by Roebuck Wright (Jeffrey Wright), bookended by a prologue and epilogue detailing the paper’s past and present.

These stories are depicted in typically offbeat Andersonian fashion: Berensen delivers a symposium about the incarcerated artist Moses Rosenthaler (Benicio del Toro) and his muse, prison guard Simone (Léa Seydoux); Krementz reports on student revolutionaries Zeffirelli B (Timothée Chalamet) and Juliette (Lyna Khoudri). Perhaps the most moving of the segments is the final one, in which Wright’s reporter – inspired by James Baldwin – reflects on an encounter with famed police chef Lt. Nescafier (Stephen Park) during a kidnapping case. Anderson has pointed to New Yorker magazine as his grand inspiration, and this shines through without ever feeling too insular or alienating to those unfamiliar with the publication. The film manages to portray that strident spirit with the kind of quick-witted, intricate dialogue we’ve come to expect from this gifted writer, interlaced with memorable plotlines that wouldn’t feel out of place in a highbrow periodical. A cartoon sequence is a particularly lovely touch, reminiscent of the New Yorker’s famed illustrated covers.

The French Dispatch is Anderson’s most impressionistic and unusual film, not to mention his most ambitious. The sprawling cast list might have once looked intimidating, but they flit in and out of frame, adding colour and life to the headlines. Even though many A-listers only get a line or two, they are all well-utilised (Bob Balaban and Henry Winkler as near-silent uncles to Adrien Brody’s art dealer is a particularly wonderful touch).

It certainly won’t convert any Wes naysayers – his intricate stylistic quirks are on full on display, and some familiarity with the New Yorker will help make sense of finer details, including the dedications list at the end of the film. But Anderson never lacks for heart and soul, with artful considerations of love, liberty and what lives on after we die. Much like any print classic, it begs to be poured over again and again.

ANTICIPATION.
New Wes is always a treat, but that’s an ambitious cast list by anyone’s standards. 4

IN RETROSPECT.
This one stays with you; Anderson at his melancholy best. 5 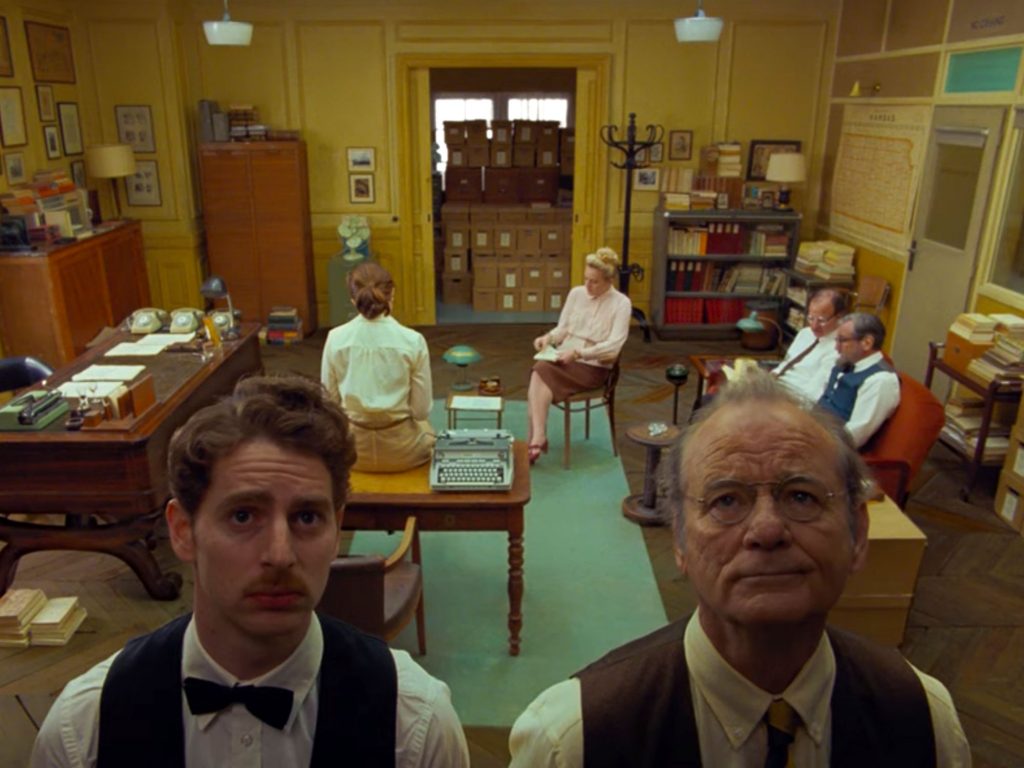