This boat has been sinking for a long time now. Kenneth Branagh’s second outing as Agatha Christie’s fussy Belgian detective Hercule Poirot was initially scheduled for a December 2020 release, but plagued by pandemic delays and the problematic actions of various key cast members, it awkwardly shuffles into cinemas now, some three years after filming, with whatever the opposite of a fanfare is.

Even so, Kenneth Branagh was never going to let a pandemic hold him down. Death on the Nile follows his inexplicably successful memoir-drama Belfast, which rides high on a raft of Oscar nominations this week. Let it never be said the man doesn’t have range; he can make a dog’s dinner out of just about any genre.

There’s a parallel between Belfast and Death on the Nile in Branagh’s decision to provide a prologue this time around, shot in the same flat black and white as Belfast, in which a young Poirot demonstrates his strategic skills on the battlefield of World War One, saving his comrades from certain death, only to end up in a war hospital due to a mortar bomb incident. His face is badly scarred; his fiancée suggests, somewhat insensitively, he can grow a moustache.

Years later, following the events of Murder on the Orient Express, Poirot travels to Egypt for a holiday, to have a gander at the Sphinx and eat some Jaffa cakes. He happens upon Bouc (Tom Bateman) an old friend, travelling with his mother Euphemia (Annette Bening) as part of a wedding party, which the world-famous detective is invited to join. Heiress Linnet Ridgeway (Gal Gadot) is honeymooning with new beau Simon Doyle (Armie Hammer), whom she lured away from her friend Jacqueline (Emma Mackie) in a whirlwind romance.

They have assembled their nearest and dearest in Egypt for celebrations, including Lynette’s Communist godmother Marie Van Schuyler (Jennifer Saunders) and her travelling companion Mrs. Bowers (Dawn French), her maid Louise Bourget (Rose Leslie) her ex-fiancé Linus Windlesham (Russell Brand), her cousin-slash-accountant Andrew Katchadourian (Ali Fazal), schoolfriend Rosalie (Letitia Wright) and her jazz singer aunt Salome Otterbourne (Sophie Okonedo). Unfortunately for the happy couple, they are being trailed by a bitter Jacqueline, who is – understandably – a bit angry her best friend ran off with her boyfriend. It takes a rather long time to get to the actual death on the Nile; 70 minutes, in fact. Most of the time prior is spent establishing all the key players, which would be fine if any one of them was remotely interesting, but the happy couple are insufferable to the point the promise of someone’s imminent death seems quite welcome, and their assorted guests too numerous to really make for a tantalising ensemble (as fun as it is seeing French and Saunders shacked up as a pair of later-in-life lesbians). So, we’re left to watch Poirot bumble around the ship, awkwardly flirting with Salome and reflecting on his own doomed romance some decades prior.

Perhaps Branagh’s Poirot would be more compelling if he could make a decision about how to play him. While the gold standard remains David Suchet’s exacting, perpetually haughty television version, Branagh’s feels closer to a slightly more competent Inspector Clouseau. It’s strange; Branagh is a charismatic actor, but his Poirot is devoid of all personality.

This lack of identity extends past characterisation to the very film itself. There’s a sheen to Death on the Nile that makes everything appear computer generated and artificial. No care has been given to a sense of time or place; the exotic setting has all the depth of a green screen background while the cinematography is flat and shallow. It’s as though the film was made by an algorithm, specifically designed to target BBC Two viewers watching television at four in the afternoon during the No Man’s Land period between Christmas and New Year’s Day; nothing too exciting, nothing too challenging, just some familiar faces and a bit of CGI sunshine.

But Christie’s work – full of wit and clever little twists – deserves better than Branagh seems intent on giving it. His detective stories are flattened out, devoid of personality or meaning. This seems a greater sin than being outright awful, which at least can be, in a way, entertaining. The soulless, offensively pedestrian Death on the Nile offers not even pleasure of the ‘so bad it’s good’ variety. It’s simply a waste of everyone’s time, cast, crew and audience alike.

ENJOYMENT.
I’ve been on pedalo rides with more sense of urgency. 2

The post Death on the Nile appeared first on Little White Lies. 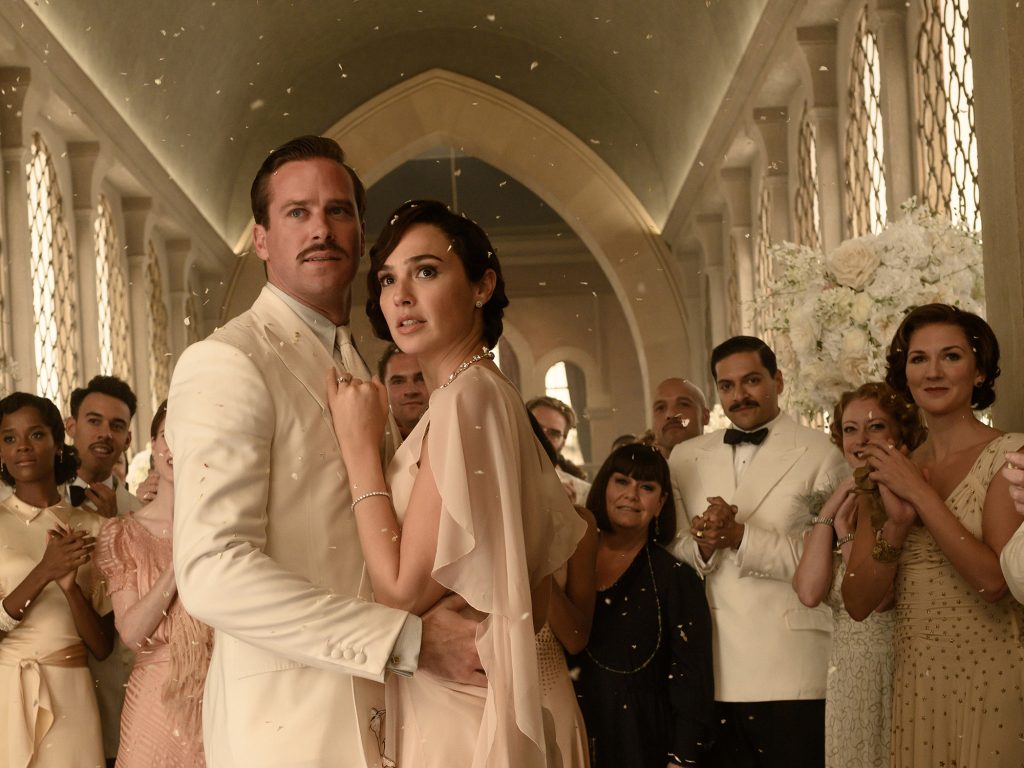