Billed in the opening titles as “Short Stories by Ryūsuke Hamaguchi”, this packs three different episodes into its two hour runtime, loosely connected by the interaction of chance on human emotions. The usual caveat, that
such portmanteau affairs are rarely as satisfying as a single fully-developed narrative, applies here, especially in comparison to the writer/director’s marvellous Drive My Car.

Here though quality control is pleasingly high, and the third of the trio might actually be one of the highlights of the entire Hamaguchi filmography. Classical solo piano from Schumann’s ‘Scenes of Childhood’ establishes a mood of wistful reverie as the opening story Magic (or Something Less Assuring) introduces us to a bob-haired model posing by a Tokyo roadside, before taking in a good girly chat with her best friend/assistant.

Turns out, however, the former is hiding the fact that she and her pal’s potential new boyfriend have history together, and maybe their split isn’t as final as he’d been suggesting. Pouty and capricious, this gal is exasperatingly unpredictable, even to herself. Hamaguchi is in no hurry to condemn, instead his camera is a cool observer, registering how it’s taken an unexpected coincidence to bring matters to a heady confrontation with the guy.

Still, the closing image of the massive building site that is downtown Shibuya suggests these tangled lives may yet be a work in progress after all. It’s a piquant, intriguing beginning, if not exactly a slam-dunk, and the second segment continues in a similar absorbing, if not quite overwhelming vein. Here Door Wide Open refers to a university professor who receives an unexpected visit from a mature former female student, surreptitiously scheming with a disgruntled fellow classmate (whose graduation the prof had blocked) to entrap him.

His office door closes, albeit briefly, as her plan springs into action, though the academic proves surprisingly insightful that her sexual forthrightness suggest a personal liberation at odds with Japan’s conservative social mores. A seemingly cruel subsequent reversal notwithstanding, Hamaguchi’s sympathies for another contrary feminine outsider prove even more evident here, a theme followed through to the film’s closing – and best – section, Any Day Now.

The dystopian sci-fi set-up introduces us to world where a haywire email virus has sent everyone back to snail-mail and landlines, yet what we get is a captivating bijou encounter, where two thirty-something women think they recognise each other from high school days. A fateful glide-by on an escalator at Sendai station spurs an afternoon of memories and revelations, exposing disappointment and vulnerability – as events take on the character of role-playing in a self-described “dramatic meeting”.

It’s a quintessential example of Hamaguchi’s striking skill at shaping a momentary construct which somehow allows piercingly truthful intimacy to emerge, beautifully performed by Fusako Urabe and Aoba Kawai, and leaving us to ponder the characters’ subsequent pathways as the film’s explosion of feeling lingers in our imagination. Definitely peak Hamaguchi, and it makes this a must-see.

ANTICIPATION.
After the rich expanse of Drive My Car, is this portmanteau affair merely a placeholder? 3

ENJOYMENT.
An absorbing set of vignettes, though the third section definitely ups the emotional ante. 4

IN RETROSPECT.
The brief spotlight on these tangled lives leaves us to fill in the bigger picture for ourselves. 4

The post Wheel of Fortune and Fantasy appeared first on Little White Lies. 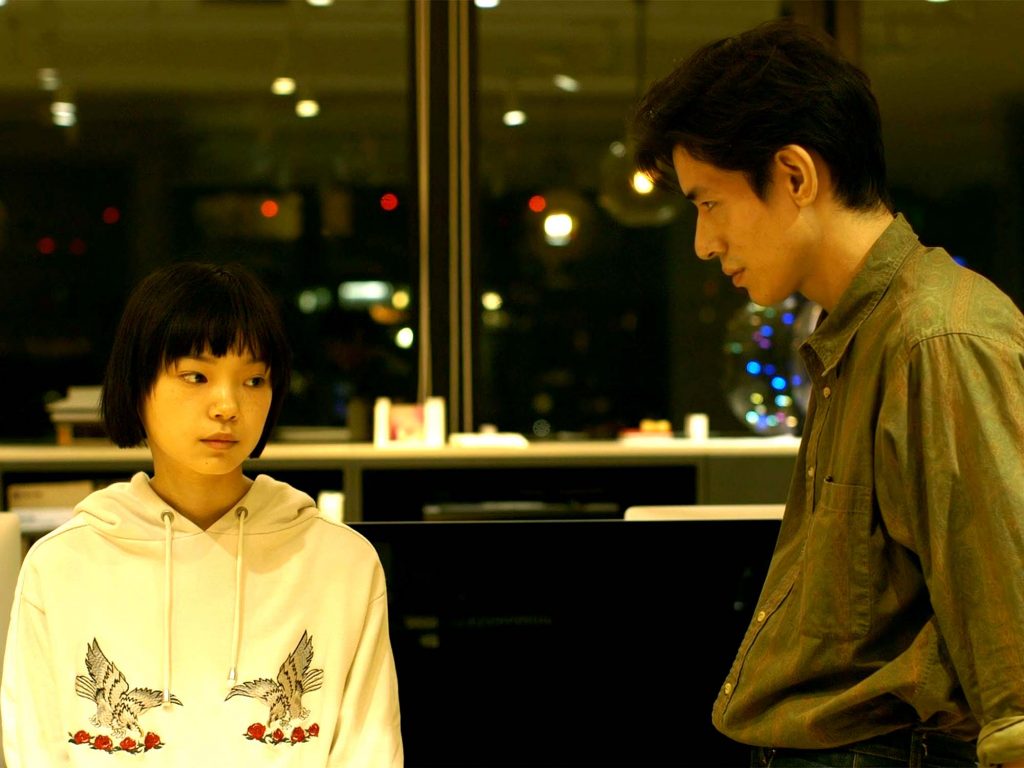