Braxton Pope knows a maverick genius when he sees one. The independent film producer of The Card Counter, The Canyons and The Trust has worked with Paul Schrader, Nicolas Cage, Bret Easton Ellis and Kanye West (to name a few) and has experimented with various fundraising techniques such as Kickstarter.

In an increasingly homogenised film culture, he takes chances on mercurial talent, eclectic scripts and directors banished from the mainstream. Originally working in acquisitions, he leapt into producing to have a greater handle on projects that bore his name. At the conclusion of awards season, he now reflects on Schrader’s masterful Card Counter being left empty-handed, how Tiffany Haddish came to join the film and the ups and downs of working with Lindsay Lohan.

LWLies: What did you make of the awards season’s reaction to The Card Counter?

Braxton Pope: I thought that coming out of the fall festivals that we were in with a good shot, particularly the Independent Spirit Awards but it was not to be. It’s really tough to know how awards season is going to play out and why certain decisions are made or not made. Oscar Isaac delivered such an impressive performance, a tremendous performance, he was so dialled in.

How did you come to produce The Card Counter?

Paul Schrader and I are close, so whenever he has a project, we communicate and talk about it. He sent me the script and I remember I was hiking and it was just this tremendously compelling story. We got together and the idea was for me to produce, architect the financing and put the whole thing together. We met when Lionsgate hired Bret Easton Ellis to write this shark movie and Paul came on board as director. The European financing on that went rogue and the movie imploded but I stayed in touch with Paul.

The first time you worked together was on The Canyons, which was crowdfunded on Kickstarter, how did that come together?

After the shark movie fell apart, Schrader got in touch with me and said what Bret writes can be filmed relatively inexpensively as it’s people talking in rooms. So he proposes that I produce, Bret writes and he directs – the plan was to finance it, sell it and own it without being subject to other entities. After Lindsay Lohan came on board there was never really a question of doing it any other way because she couldn’t get insured and equity investors would see it as dicey. I’ve never done crowdfunding since – I’ve not needed to – but I’m not opposed to it. The Canyons was a special circumstance and I viewed it as a progressive experiment, something forward thinking to just try out. I didn’t know if it was going to work but I thought it was an interesting resource and I have no regrets about it at all – it worked for us. How did you come to cast Lindsay Lohan?

I had some connections to her at the time. She was going through some personal turmoil but she agreed to meet with me and Paul at the Chateau Marmont to discuss a role that wasn’t the lead, it was a tertiary character. Lindsay very early in the meeting says ‘I want to do the movie but I want to be the lead and that’s the only way I’ll do the movie.’ Lindsay has a charisma and I looked over at Schrader and I could tell that he was not exactly immune to her charisma. I knew what his answer was going to be. It didn’t nearly happen because a journalist Stephen Rodrick from The New York Times was going to be embedded with us for a story. Schrader wanted him, Lindsay did not. It almost became a game of chicken and neither would bend and it was giving us all a degree of anxiety. But in the end everything moved forward and he wrote his story.

If you scheduled things in the afternoon then there was little problem but it was more challenging have early morning call times. Lindsay is very gifted and a very talented performer but there are certain aspects of her background that would make life in general a challenge. Whenever we were filming, there were paparazzi chasing her. At my house there’s an alley and then a wall and paparazzi would jump over the wall. It was crazy. TMZ would reach out to people on the production and try and get information on her. It was this strange, strange thing. I still root for Lindsay.

How did Tiffany Haddish come to be in The Card Counter?

The original idea was Kerry Washington and we were talking to her when her schedule changed so she couldn’t do it and the role opened up. So then I sent Paul some information on Tiffany and I believe he looked it over and then spoke to her. I don’t know if he ever watched Girls Trip but he felt like her background as a comic would infuse the film with an energy and dynamic.

Paul’s a genius – a hyper intelligent guy who is very unfiltered, at times brusque and incredibly direct and candid. I love Paul but is he a dream to work with? No. I enjoy the experience of spending time with him but as a producer, you’re never caught off guard with him because he’s very definitive in what he wants and he communicates exceptionally well – very clearly. There’s no improv, he only shoots what ends up in the movie. He’s very much like a surly general but it’s a pleasure to watch him direct, especially how he directs actors. He never wants to give an actor too much so always approaches the actor in this really low key way and gives just one note, the most important observation he has. He thinks so deeply about everything. I talk to Nicolas Cage quite a bit and he’s worked with Paul a couple of times. It’s interesting for me to get Nick’s perspective on working with Paul – they’re very much on the same wavelength in that they like performances that give more questions than answers.

The post Braxton Pope: ‘I love Paul but is he a dream to work with? No.’ appeared first on Little White Lies. 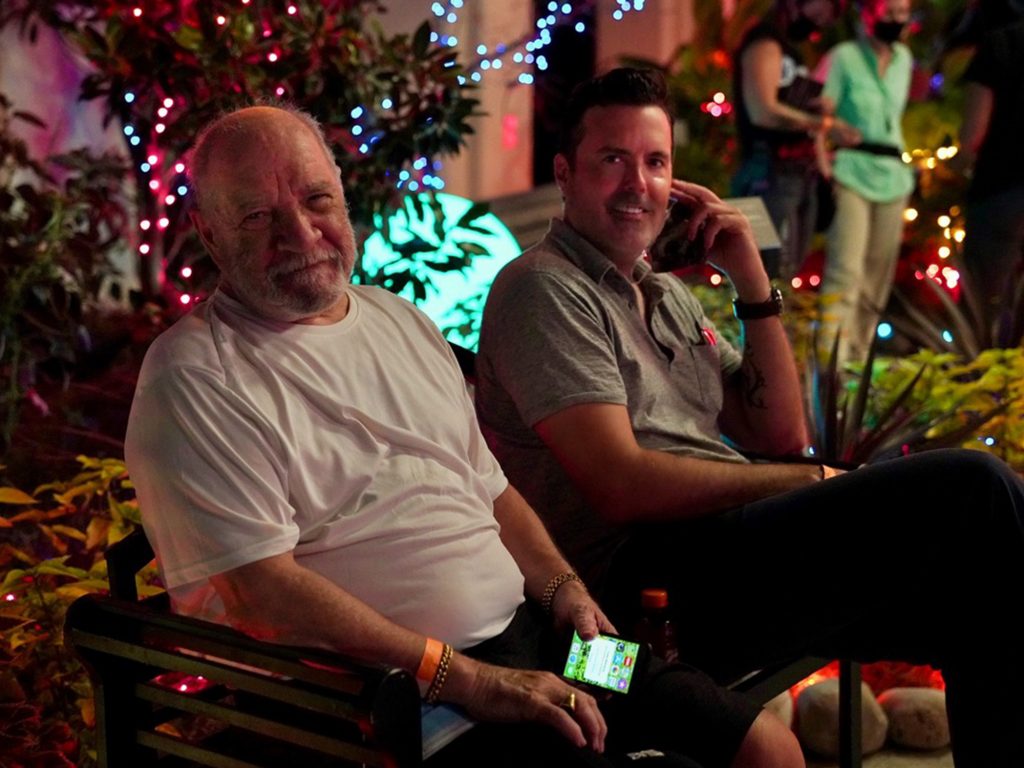