The presence of children on screen is a precarious thing. Filmmakers take a great risk when dealing with kids, inviting the potential for saccharine precociousness or muddled inexperience that could serve to derail the entire work. Yet, as is the case with Laura Wandel’s feature debut Playground, some films are impressively bolstered by the work of its young performers who bring a fearless sense of authenticity to this story about their lives and experiences.

With its low camera angles and claustrophobic close-ups, Wandel’s film is the cinematic equivalent of an adult bending down to meet a child at eye level: to enter their world on equal footing. We experience the first day back at school for siblings Nora (Maya Vanderbeque) and Abel (Günter Duret) through their perspective while simultaneously reliving the horrors of our own.

And horror it is as older brother Abel is immediately picked on by a group of boys while Nora struggles to fit in with the other girls in her class, two situations that leave a queasy feeling in the stomach as you consider all the ways these experiences cause harm.

When Nora witnesses Abel being bullied, her instinct, despite her younger age, is to protect him. As expected, telling her father only makes things worse for Abel whose tormentors redouble their efforts. “It’s good you told me,” her father tells her, but this doesn’t align with the brutal politics of the playground that Nora is only just beginning to understand. Across its boldly succinct sub 80-minute runtime, Playground follows Nora as she navigates her position at the school with the help of a kind teacher whole Abel’s relationship to his bullies takes a strange turn. But it’s a heavily stylised film, with its direct camera techniques and a compactness that leaves it ultimately feeling suffocating, offering little sense of release over the course of this modest arc.

This is effective as a storytelling opportunity, yes, but it’s also a device that is used to its extent within the first few minutes of the film. There is nowhere new for it to go in its construction or narrative, and the film only further plumbs the depths of misery for these poor kids. Its potency wears off quickly and the rest of the film loses its efficacy as a result. Wandel displays her clear skill as a director of actors in this exercise, but there is the sense that this could have been a painfully visceral short film instead of elongated into a feature where it begins to feel overdone.

Vanderbeque and Duret are both devastatingly convincing – almost too convincing to handle considering the trauma factor of the narrative. This is not a joyful film in any way, reflecting just how horrible children can be to one another and how gruelling the process of belonging in social environments can be. It offers an astute commentary, too, on the different ways we understand the world as children and as adults, and how our ability to conform to dangerous norms begins at an early age.

As a debut feature, Playground is a mark of the talent to come from Wandel whose potential shines through even if the narrow framework and formal constraints of the film are not the most inspiring.

ANTICIPATION.
It’s always interesting to see what a new director will bring to the table. 3

IN RETROSPECT.
A strong display of Wandel and her actors’ talent but keen to see something different next time. 3 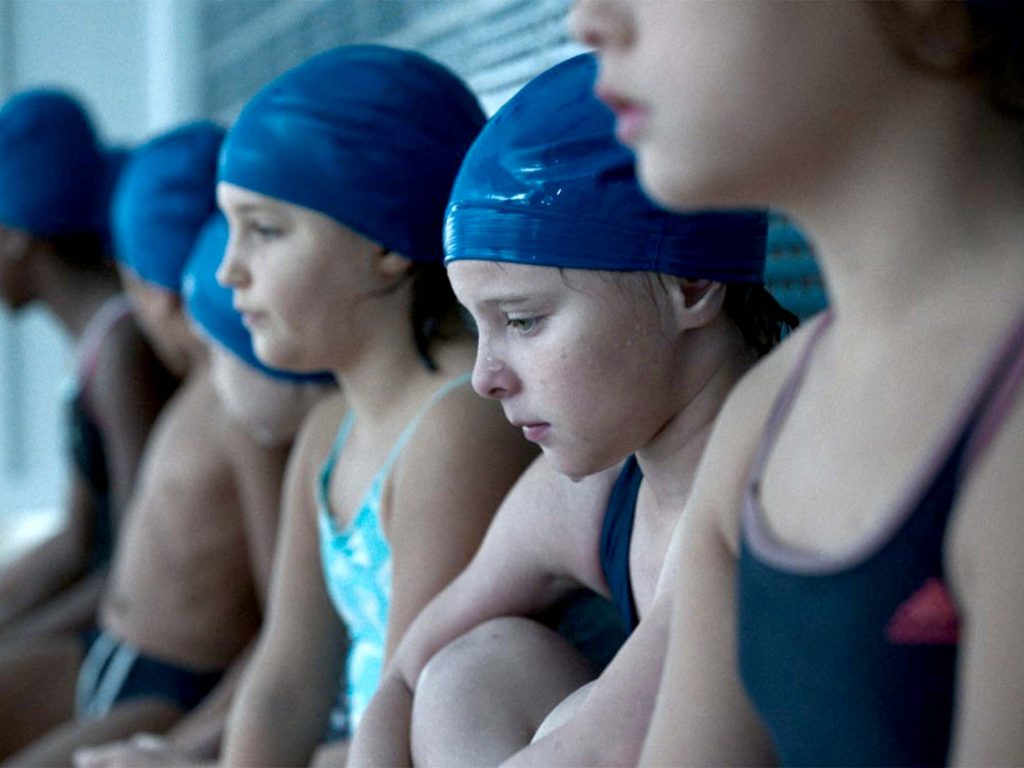