Since 2011, H Jon Benjamin has brought the beef as the voice of Bob Belcher, exasperated paterfamilias on the restaurant-set sitcom Bob’s Burgers. The fixture of TV animation has now super-sized itself for a feature-length movie, and though the recipe has been slightly tweaked for a cinema-ready look, the comedy is still both rare and well done.

LWLies: Aside from a longer run time, how is Bob’s Burgers different in movie form?

Benjamin: I hate to say this so simply, but it’s much more filmic. In its look, I mean. They spent a lot of time, which a movie allows for, to push the style of the animation, the colour, the ‘camera’ moves. The lighting is even its own thing. The show is a big production on time constraints, and so you can’t always obsess over all that. Not that the show doesn’t look good, because it does, but you have to set some things aside when you’re on tight deadlines. They’ve also amped up the dramatic conceit, kind of a bigger story than usual for Bob’s. I think you could watch this if you haven’t seen much of the show, and still enjoy the movie as its own very strange combination of murder mystery, comedy, and musical.

What’s the process for recording an episode, and did that have to be changed in producing a film? The rhythm and rapport between characters are so central to the show.

Since the beginning of the show, it’s been all group sessions, even in the demo for the pilot presentation to Fox. We were all in the booth, which could be a precarious situation, because you don’t want bleed-over in the audio. We used lots of partitions, but everyone did the scenes together, still do. Unfortunately, due to the pandemic, we couldn’t do that with the movie. This was a little more traditional, in that they backed into the audio recording which is usually done first. This time, they had to animate first, which I assume is like most animated movies. For us, total opposite.

It’s funny, when you sing in character as Bob, you’re on pitch, but you also have the flat affect of the way he talks. Do you sing as Bob the same way you sing as yourself?

First off, I take issue with your assertion that I’m on pitch. There’s just no way. Maybe they’re Auto-Tune-ing me, some kind of pitch correction. I’d guess they do that for many of the cast members. But fine, I’ll give it to you that I may occasionally hit the correct note. But I give myself a wide berth because when I’m Bob, I’m a hamburger cook and not a singer. The show has gotten more and more musical as it’s gone on, and the movie has three really big numbers in it. They’re stuck in my head. But I don’t think I should sing, professionally. Maybe a Johnny Cash sort of conversational thing.

What the Germans call sprechgesang.

Yes, thank you. That can be the name of the first album: ‘Jon Benjamin’s Sprechgesang’. Having lived with him for more than a decade, what’s your favourite thing about Bob Belcher?

Bob’s not entirely a positive person, but he’s not a skeptic. I like his decency, his supportive nature, his willingness to learn from his family. He likes to encourage the people around him, except for Teddy, and even then he comes through whenever it really matters. I like the positive qualities that he can embody. He’s a good person.

I only learned while prepping for this interview that creator Loren Bouchard originally conceived this show as about a family of cannibals.

It’s pretty grounded now, but yeah, it started off with a more arch concept. Fox talked him back off that ledge. The last hint of that is in the first episode, where there’s the scare about serving human meat in the burgers. But it still goes to some more adult places, like the one where Bob drives the taxi, meets the sex workers, smokes crack. We were part of this adult animation block Fox did on Sunday nights, and so that worked for Loren, who came from Adult Swim. His work there pushed a little further. And yet still not really a dark show, Home Movies.

Except for the interior of your character Coach’s life, that is.

Heh, yeah. Coach is a far more morbid character than Bob. I think as Loren and I got older, his major note was often ‘maybe let’s take it down a notch in terms of darkness, this doesn’t have to be a tragedy.’ I just tried to play Coach like a very sad alcoholic, like most of the coaches I had when I was younger, playing tennis or basketball.

Bob’s Burgers has been pretty consistent for twelve seasons now. What’s the key to the show’s longevity?

To the credit of Loren, [executive producer] Nora Smith, [producer] Bernard Derriman, and the other people running the show, they’ve stayed close and hands-on through the run. It comes down to the writing, and this is out of the ordinary in that I believe we still have most of our original writing staff. There’s a lot of turnover, and we’re not totally outside of that, we’re seeing people who’ve been on the show for twelve years going off to make their own series. But on the whole, there’s a general continuity.

Last thing – how do you take your burger?

I take it like a man, is how I take it. I shove the whole thing in my mouth. Usually, I’ll try to eat it in one bite. And I’m not talking sliders, either; a regulation burger. If I go to any number of hamburger-based chains, you’ll see me there as the man cramming the entire burger in his face. Maybe with a small sip of milkshake to get it all down. That’s how I’ve always done it, and how I’ll continue to do it. Until I choke to death, of course. Which has been the plan all along! Death by hamburger. And that’s how they’ll know it’s time to end Bob’s Burgers.

The post H Jon Benjamin: ‘When I’m Bob, I’m a hamburger cook and not a singer’ appeared first on Little White Lies. 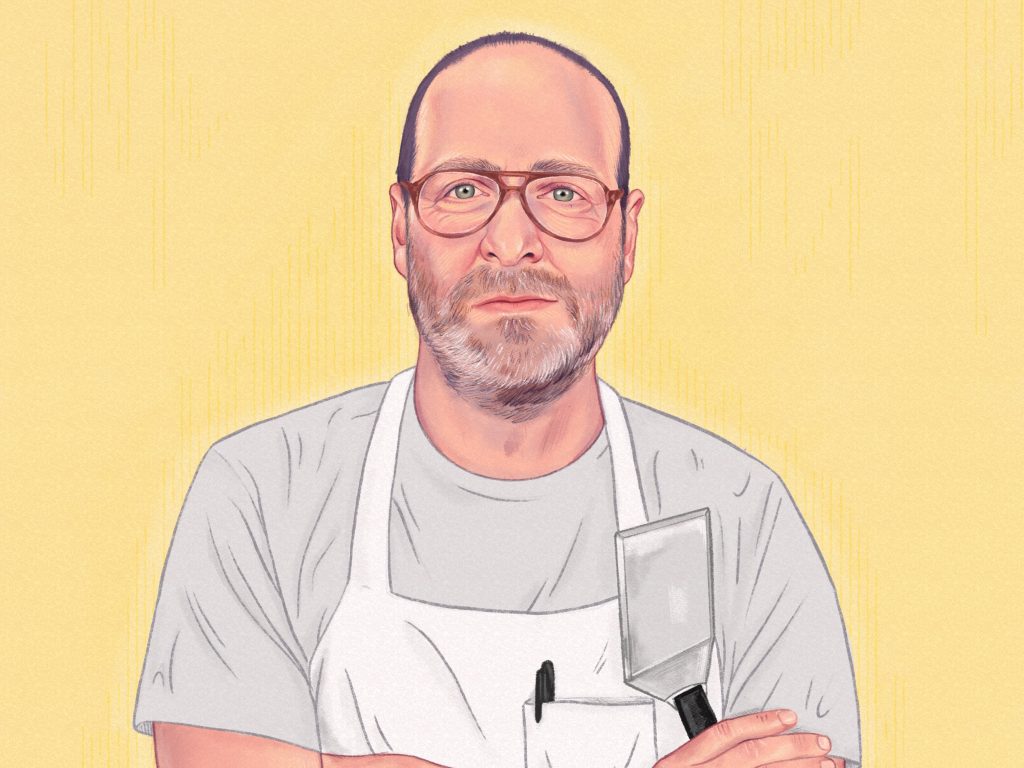