When I was younger I remember hearing that a broken bone heals back stronger than before. When school friends would inevitably turn up in casts after injuring themselves during sports or climbing trees or wrestling with their siblings, I would dutifully sign their cast and think to myself, “Broken bones heal stronger.” I know now that’s only true for a few weeks during the healing process. Broken bones are only stronger for a little while.

In Lukas Dhont’s second feature, Close, 13-year-old Léo (Eden Dambrine) breaks his wrist during a game of ice hockey. This incident takes place quite late in the film’s narrative, after a tragedy involving his best friend Rémi (Gustav De Waele) has already cast a long shadow over Léo’s idyllic life on a flower farm in rural Belgium. Over the course of a school year, Léo attempts – in his own rudimentary way – to process his emotions about what happened to Rémi. Broken bones might heal back stronger at first, but what about the rest of the human body? How do we process catastrophic loss at a point in life we’ve barely learned to process any other sort of emotion?

The passage of time in Close is marked by the flower harvest. Léo helps his father and brother process the delicate poppies they cultivate, impossibly small against the whirr of heavy machinery. Life goes on, like always. But Léo can’t forget how the transition to a new school changed his close bond with Remi – suddenly he felt self-conscious about their closeness as other children started to comment and make fun of them.

Suddenly he felt the need to push Remi away, and as a result blames himself for the catastrophe that followed. Cinematographer Frank van den Eeden, who previously worked with Dhont on his previous film, Girl, captures a child’s eye view of the world, bursting with colour and light, typified by shaky handheld camerawork and the frenetic, fast-pace of an attention span split in myriad directions at any one time.

Many are rightfully skeptical about Dhont’s work after the polarising reaction to his first feature, Girl, which drew both positive reviews and criticism for its portrayal of a trans teenager attempting to fit in with the high-pressure, body-obsessed world of ballet. These responses have sparked important conversations about who gets to be the steward of other peoples’ stories.

I went into Close with reservations about Dhont – having disliked Girl and been unsatisfied with his response to criticism around the film – but found clear-eyed tenderness in this portrayal of playground love and grief that comes on like a sudden summer thunderstorm. The way we’re taught to process our emotions and talk about them has lasting ramifications. I spent eight years in therapy from the age of 13 to 21 because I wanted to kill myself and I didn’t know why. If I’m honest about it, I often still want to do that. The best answer I have as to why is a chemical imbalance barely altered by heavy-dose psychiatric medication. Dhont’s film reopened old wounds, confronted my own childhood spent in and out of hospital rooms, trying to not be so fucking sad anymore.

Close is a film about the people left behind, about the gulf between seeing and understanding as a child. Feeling bone-crushing guilt for the first time. The sort of love that we don’t know always identify until it slips through our fingers, and the banality of playground cruelty – how children are conditioned to recognise difference as weakness and zero in on it, expose it, for the sake of safety in numbers.

Dhont’s nakedly evocative approach to filmmaking, including Valentin Hadjadj’s soaring orchestral score, can’t hope to resonate with everyone, and what I find emotionally honest and effecting, others may read as cloying or manipulative (though I think to some extent I often see filmmaking as a process of audience manipulation, of trying to use every tool at your disposal to create something that resonates with the people staring up at the screen).

The script is a little clumsy in the direct connection it draws between the fracture in Léo and Rémi’s friendship and the tragedy than ensues, but given that Close is seen from the perspective of a 13-year-old, this can perhaps be understood as a pre-teen’s understanding of the ultimately unthinkable.

I suppose what I mean to say is that I know Léo and Rémi, played with a sensitivity and sweetness that feels heartbreakingly authentic by Dambrine and De Waele. I’ve been Léo and Rémi, angry and sad and scared and secretive and reaching for connection beyond articulation.

When I think about cinema, I always come back to that much-cited quote by Roger Ebert – “the movies are like a machine that generates empathy”. Sometimes the experience of watching and responding to a film offers us a chance to gain an insight into someone else’s life or worldview. Sometimes, if we’re lucky, we’re able to understand something about ourselves and see an experience or an emotion we recognise reflected in what’s up on the screen.

This is what makes criticism hard – how do you separate your worldview from the film? The truth is you can’t. Everything you know and are has led up to the words you will write about something you watch. For me, Close gets to the heart of something I know all too well: a bone-deep loneliness, grief, sadness and desperation that is hard to articulate, much less as a young child. 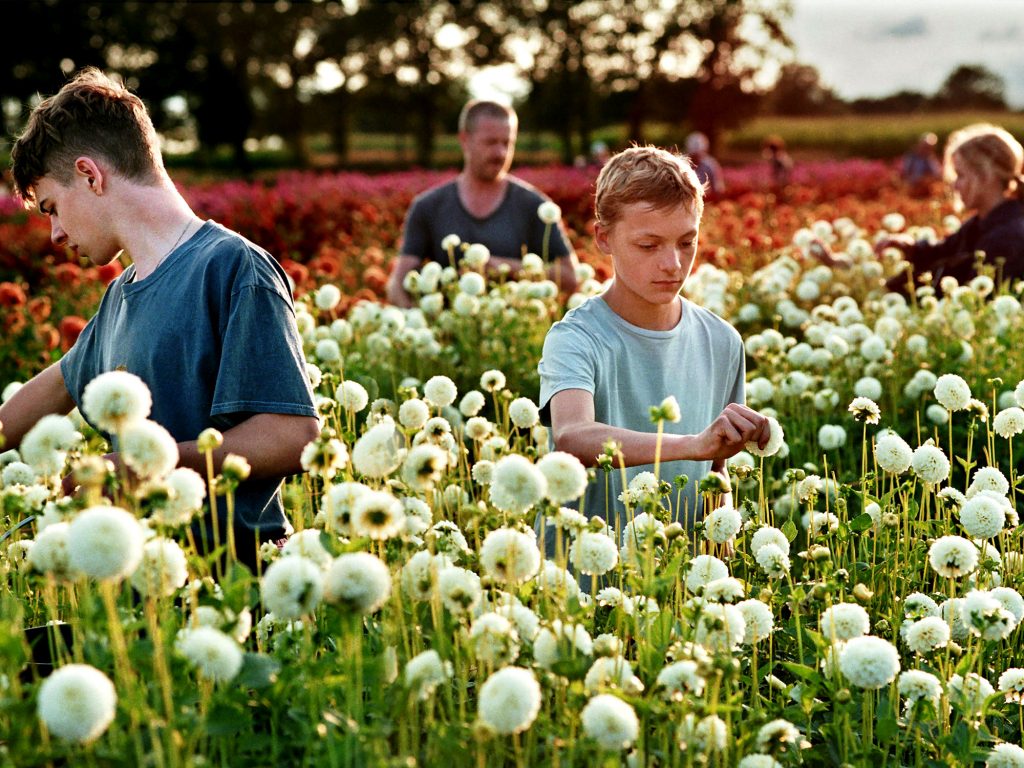