Choose one film to represent the essence of golden-age Hollywood, and George Cukor’s A Star is Born could well be a contender. There’s the glamour of starpacked, floodlit premieres. There’s the sheer punch of Judy Garland’s own pedal-to-the-floor performance, as the band singer who’s taken up by booze-addled matinee idol James Mason, and hits the heights while trying to save him from self-destruction. Add to that dazzling production numbers, the timeless craft of the Great American Songbook, and brilliantly written melodrama too, where egotism and frailty collide in the high-stakes arena of screen stardom. However much there is to admire in Bradley Cooper and Lady Gaga’s tilt at similar material, this is on an altogether different plateau of accomplishment. It gains even more power, however, when you know what was going on with Garland behind the scenes.

By 1953, when A Star is Born started coming together, Garland’s chemical dependencies had long been an open secret in Hollywood. Signed up by MGM in 1935 when she was just 13, she was eventually put to work as a girl-next-door type opposite Mickey Rooney in a whole string of “backyard musicals”, whose gruelling production schedules saw the juvenile leads given amphetamines to pep them up, and barbiturates to knock them out at night. MGM boss Louis B Mayer was also intent on keeping Garland’s weight down, hence there were more diet pills and the studio canteen were under instructions to restrict her to chicken soup only, with the chicken bits and matzo balls removed. The whole regime had an ultimately disastrous personal impact on Garland, leading to ongoing addiction issues, gnawing insecurity and volatile behaviour.

Read any of the Garland biographies, and the same picture emerges. She was everybody’s meal ticket, and if she couldn’t function without the pills, then the best thing anyone could do was to try and control the supply. She was the breadwinner for her family, since her mother and second husband squandered much of her MGM earnings in a welter of poor investment decisions. Her first husband, bandleader David Rose, was looking for a career leg-up, and sided with MGM to force her into having an illegal abortion at age 19. There’s even a theory that the studio set up her second marriage with director Vincente Minnelli, which certainly brought professional dividends (including movies like The Clock and The Pirate), but floundered personally after the birth of daughter Liza. Garland eventually attempted suicide by slashing her throat after she reportedly found him in bed with the handyman. Seemingly a better match was hubby number three, former test pilot and all-round wheeler- dealer Sid Luft, who found a plan B for her when MGM cancelled her contract in 1950, and he set up a series of record-breaking live shows in London, New York and LA, which revived her fortunes and made her bankable again. Everything though, depended on Judy popping those pills and getting through two shows a day, week after week. In essence then, the functioning addict was also saviour and provider.

Which is how we get to A Star is Born. Luft and Garland launched their own independent production company, Transcona Enterprises, to provide the creative impetus, while Warner Brothers supplied funding and studio expertise. The couple sought out Cukor, then tried and failed to persuade Cary Grant to co-star, but one of their smartest moves was hiring esteemed Broadway playwright and screenwriter Moss Hart to reshape the original 1937 film version, whose rights had just become available. There, Janet Gaynor was an actress making it big while her lover, established star Frederic March, hit the skids, but Hart rejigged the background to bring in a musical angle for Garland. He also knew the degree to which her own personal issues made her a unique fit for the story, since the central characters Vicki Lester and Norman Maine are basically portraits of the conflict raging within Garland herself – both self-destructive addict and the empowering saviour. None of the other screen versions have quite this same dynamic, which is why the 1954 incarnation has a special electricity.

Garland is entirely believable as the mid-ranking working professional we meet at the start of the movie, a band singer at a gala event, who has the wherewithal to stop James Mason’s drunken star making an even bigger fool of himself. When he sobers up and finds her again, hearing her deliver The Man That Got Away in a late-night club convinces him she’s ready for stardom. He knows she knows it too, and talks him into quitting the band for a tilt at the big time. They fall in love, of course, but eventually the studio’s patience with him runs out – just as it had with Garland, whom MGM cast then fired from three movies in a row prior to her contract termination. The killer dramatic moment comes when she breaks down in front of the studio boss, distraught that her love isn’t enough to get Mason out of his tail-spin, and worried that she’s going to start hating him instead. It’s a moment which seems to go beyond acting, as Garland lays bare her own fears that there’s no way out of her own private hell. The shoot was long and complicated and expensive. Given the pressure Garland was under and Sid Luf t’s production inexperience, Warner brothers insisted on junking the first month’s footage so it could be redone in the new widescreen, CinemaScope format designed to lure audiences away from TV. Cukor’s exacting demands also took time, and that was before the realisation that a genuine show-stopping number was required to sell Garland’s Vicki Lester as a peerless performer – whereupon they went back and assembled the lengthy Born in a Trunk medley (without Cukor, by this time on his next project), which tells Garland’s own life story of pluck and determination in song. It’s the ultimate affirmation of Garland’s sheer will to keep on plugging away, and it wowed the premiere audience of massed Hollywood stars when the film’s full 181-minute version played to tumultuous acclaim.

The film opened in New York and LA, and was doing what Variety termed “boffola box-office”. Judy was back. Everyone loved her. This was her moment. Until disaster struck. Two hundred prints had already gone out nationwide, but the theatre owners clamoured for a shorter version they could screen four times a day rather than three. Warners caved in, and the marketing department – not Cukor – made the cuts, sending instructions to the distribution hubs about the scenes they had to scissor out from the actual prints. “A Star is Shorn” reckoned the New York Times critic Bosley Crowther, and poor word of mouth subsequently killed the commercial prospects for the truncated 154-minute edit. It was later nominated for six Academy Awards and won precisely none, Garland losing out to Grace Kelly in The Country Girl – a shocking decision facilitated in part by Warners’ lack of campaign support.

Garland wasn’t at the awards ceremony, having just given birth to her son Joey, but she did endure the ignominy of having a TV crew ready to relay her reaction in the event of her winning– who then swore at her for all their wasted effort when she was left emptyhanded. In the moment, her new baby was a kind of consolation, but the validation she experienced from the premiere version marked a personal and professional peak. Sid Luft got her out on the road again (and again), there were more records, more films, more TV shows, yet all the while the drug use continued, often in increased amounts needed to sustain the effect. Her weight went up, but eventually came down and stayed down, resulting in the ravaged, emaciated figure of her final decade. Her body eventually gave out, slumped in a bathroom in her Belgravia home in 1969. She was 47, but her bird-like frame made her look considerably older.

There hasn’t yet been a completely happy ending for A Star is Born either. Cukor died at the age of 83 in January 1983, having refused for decades to watch the cut-down release. The very next day, he was due to see the restored version, which is currently what’s available on various formats. A complete soundtrack of the 181-minute premier version was traced, but no one at Warners bothered to keep an uncut negative of that print, and the trims which were removed from the release prints had vanished, an extensive search notwithstanding. Hence the restored cut has a series of scenes with complete audio, but with black-and-white production stills filling the remaining gaps. It’s not ideal, but remains preferable to the shorter cut which removes so much of the romantic build-up in the first half, and essentially hobbles the viewing experience.

One lives in hope that the missing footage will turn up somewhere in the future, yet A Star is Born, even in its incomplete state, still represents Garland at her zenith. Here she’s no girlish innocent chasing rainbows, but a mature worldly woman who knows the harsh truths behind the torch songs she belts out, and who realises that while love can bring hope and consolation in the toughest times, love may not, eventually, be enough. Of all her screen performances, it’s arguably the closest to the intractable dilemmas of her own long-suffering travails. As her own favourite performance, she knew how it stood for everything she’d been through. Remember her this way.

The post What Price Hollywood: The Story of A Star is Born appeared first on Little White Lies. 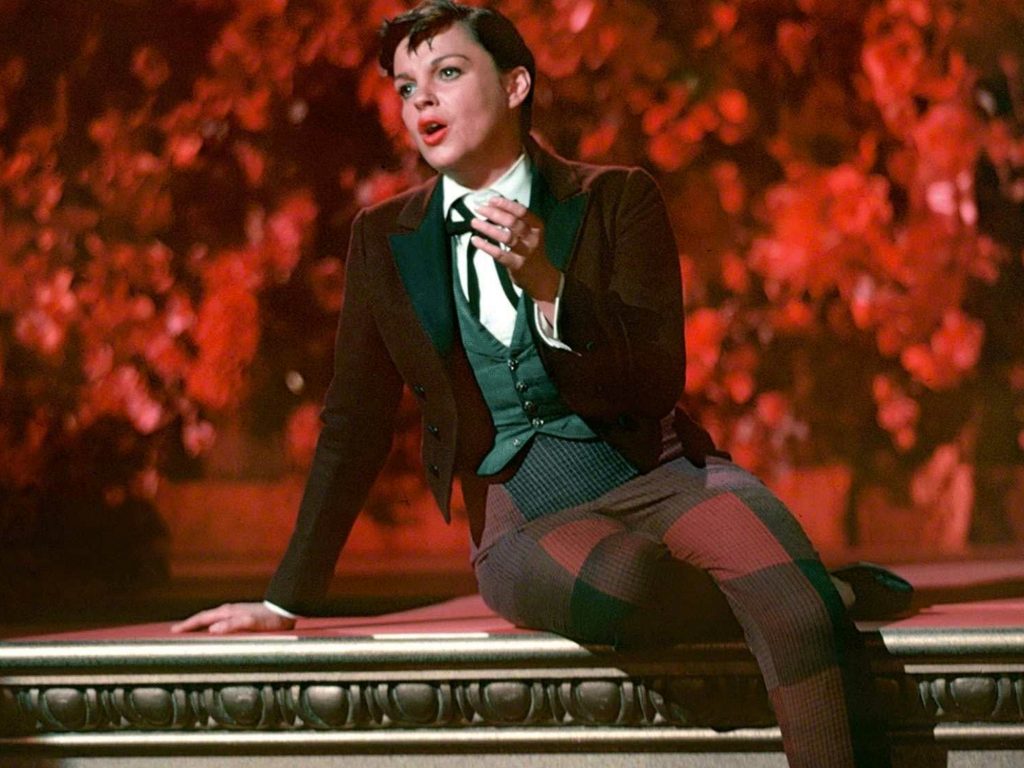