“When you see the movie Deep Throat, you are watching me being raped. It is a crime that movie is still showing; there was a gun to my head the entire time,” Lovelace, by then an anti-porn campaigner, would say before Congress in 1986.

Looked after by a female assistant, Bella goes through safe words as a ball gag sits in between her lips. Yet she feels comfortable and confident. It comes as a nice, unexpected bonus when Starr instructs the male talent starring alongside Bella to make her orgasm before wrapping up, female pleasure being the ultimate goal here.

Her objections that this violent sequence might be a step too far are met with frustration by her co-stars and the director. Tears streaming down her face, Bella is guilt-tripped into finishing filming. “You’re fucking with everybody else’s money,” the director tells her. Later on, a puddle of vomit on the drive home and a few horrific flashbacks are the only tangible signs of Bella’s offscreen assault.

The juxtaposition of the two sets, if a little didactic, comes after Thyberg’s years-long research on the American adult entertainment business. While Pleasure makes a point of presenting the industry’s safety protocols from early on – before her very first scene, Bella is asked to fill in forms and record a consent video – the film also doesn’t shy away from hinting that protection on the job might not always be a given.

This realisation becomes apparent when Bella informs her agent Mike (Jason Toler), that she was raped, only to be told not to throw “that word” around. More similar in nature to The Assistant than Promising Young Woman, Thyberg’s movie doesn’t U-turn into a rape-revenge fantasy, thus leaving the audience to deal with bitter reality and questions of how to ensure safety and comfort for adult performers.

In recent years, mainstream film and TV sets have been hiring intimacy coordinators to help prepare actors for fictional sex. In 2018, when Pleasure was filmed, companies had only just started to welcome intimacy coordinators on set, and Thyberg has admitted to not knowing any at the time. The filmmaker and her assistant director Fanni Metelius had to double up as intimacy coordinators for Kappel in her first role, which was a demanding one at that.

Choreographing intimate scenes has often granted them a naturalistic, authentic, sexier quality – BBC and Hulu’s Normal People being one of several examples – contesting the harmful misconception that discussing consent and boundaries takes the sexiness out of the act.

Once an anti-porn activist, Thyberg does not reduce Bella’s story to a series of tired tropes about adult performers. Pleasure never morphs into a cautionary tale but treats its subject matter with care and honesty, not passing judgment on the protagonist’s lust for life. By capturing the industry’s most mundane elements, it also quietly reiterates how male-dominated this world is at every level.

“When I talk about the female gaze, I’m talking about our mission to smash the stigma that is attached to the female body and to show that female pleasure matters by creating a safe space for women to engage sexually while feeling seen and valued in their needs, without feeling any pressure,” Lust said. “We want to be pioneers in an industry in which ethics have never been seen as a priority by providing a sex-positive space where all individuals feel free and safe to tell their stories and reclaim their right to pleasure.”

Subscription services like OnlyFans are doing a similar job in fostering a conversation on pornography outside the constraints of hierarchical structures, giving creators from underrepresented groups a platform they may not have in more established spaces.

Having more women calling the shots – something Thyberg also seems to suggest – could finally shake the patriarchal power dynamics in place and give female and femme performers agency, no matter how submissive they may play on camera. 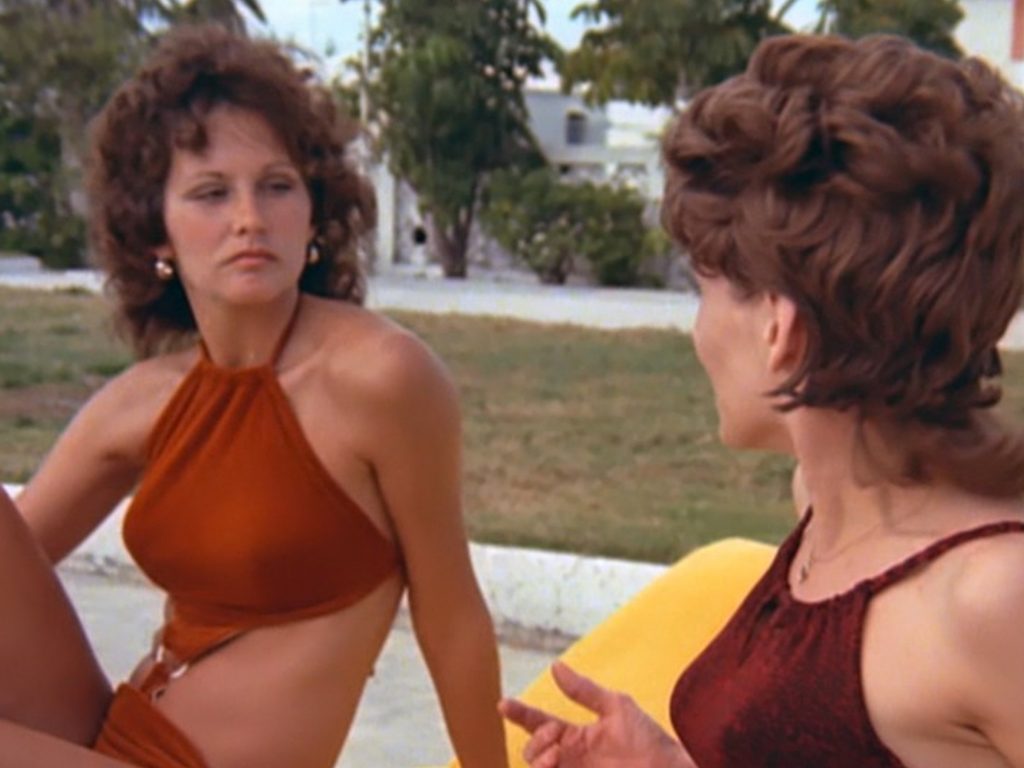