On 24 February 2022, after years of escalating aggression, Russia invaded Ukraine. This declaration of full-scale war has had swift and dire consequences: the destruction of cities leaving a third of the country’s population displaced; crimes against humanity that are undergoing investigation in international courts; and the largest refugee crisis within Europe since World War II. While one war is being fought on the ground, another is happening in the media and online. In Russia, the invasion has been diminished to a “special military operation”, while those speaking out are being threatened with fines and prison sentences. Meanwhile, in Ukraine, online state propaganda is pushing narratives of wartime martyrs and national heroes to boost morale.

The question of how to ethically capture a war that is still unfolding was one being asked at the 2022 edition of Sheffield DocFest. A significant portion of this year’s programme was dedicated to Ukrainian filmmakers and artists who have been capturing the country’s political, social and cultural landscape on the ground for years. Films made prior to the 2022 invasion took on ominous significance, like Boney Piles, a journey through war torn eastern Ukraine. Following a group of boys near the Ukrainian-Russian border, a new generation comes of age in Taras Tomenko’s documentary against desolate landscapes. The double meaning of the film’s title – “boney piles” refers to both the region’s excess waste removed during mining, as well as the victims of its conflict – couples with the non-intrusive camerawork of cinematographer, Misha Lubarsky, and allows the empty landscape, and the young boys growing up within it, to create their own meaning without external appraisal, for better or worse.

Screening in the festival’s 2022 International Competition was One Day in Ukraine, a recent feat in documentary filmmaking from the Ukrainian documentary collective, Babylon’13. This group of filmmakers, who have been capturing social unrest on the streets of Ukraine since the country’s 2013 protests that led to the ousting of the pro-Russian president Viktor Yanukovych, completed production and post-production in just three months, ready for the film to screen at this year’s DocFest.

Since the 2022 Russian invasion, Babylon’13 has been shooting short documentaries from the frontline and distributing them either themselves, across their social media channels, or through international news channels, as well as collaborating on this feature. Captured by twelve cinematographers and directed by Volodymyr Tykhyy, One Day in Ukraine is the story of Kyiv on just one date: March 14, 2022. Descending down a long escalator, the camera finds the city’s residents living in subway stations, working together to carve out a new normal in the war. Cats and children lounge together, while elderly women scold the cameraman’s angles and nighttime entertainment of cartoons and music stifle the noise of bombs.

Meanwhile, above ground, the film takes us along to the frontlines, where we follow the military’s tactical drone surveillance, and into the kitchens, where food is being prepared to feed a nation by women with blue and yellow painted nails. The domestic, the political and the personal are spliced together by Babylon’13 in their deeply moving documentary that glimpses life in contemporary Kyiv through the eyes of a model, a polar researcher, a historian, a parliament member and a film editor, who now make up the country’s voluntary war effort. A programme of short films, aptly titled Overcoming the Darkness, offered a similarly kaleidoscopic depiction of life in contemporary Ukraine. Published by a Ukrainian media channel called Kino Dopomoha, which, like Babylon’13, distributes short videos on YouTube, this programme of short documentaries are filmed by a combination of professional and amateur documentarians and offer perspectives from across Ukraine. In Trying to Leave, hand-held footage shot by a man and his family in Kharkiv chronicles their flight from the city, while City of Parks captures the chaos of those who have been displaced by Russian military forces. The latter film ends with a grieving man amongst the ruins crying, “This is my Ukraine.” Each short film in Overcoming the Darkness places humanity at its centre – as well as the despair, pain, joy and community that necessitates enduring unprecedented times.

The impulse to capture and share ordinary life in extraordinary circumstances has also spread to social media. Both Babylon’13 and Kino Dopomoha are using TikTok, Instagram and YouTube to quickly distribute their short works, while many Ukrainian citizens are becoming the directors, cinematographers, gaffers and subjects of their own films. As our phones have become cameras, mics and screens all rolled into one, social media has had a significant impact on documentary filmmaking in the last decade, changing how stories are formatted, accessed and shared.

While some institutions are troubled by social media platforms becoming sites of documentary filmmaking and exhibition, DocFest embraced the potential of TikTok at this year’s festival, curating a selection of videos called A TikTok War. Videos with millions of views like, “Pov: you are live in Ukraine”, “What I Have In A Bomb Shelter” and “How My Mom Cooks Blinchiki In A Bomb Shelter”, were screened in DocFest’s Alternative Realities programme and offered intimate, witty and bittersweet glimpses into the life of Ukraine’s teenagers and future documentarians.

In a warzone, the boundaries between professional and amateur, filmmaker and citizen, objective and subjective, personal and political simply collapse. As we’ve seen in recent documentaries, shot on the ground during conflicts in places like Hong Kong, Libya, Syria, Egypt, Iran and now Ukraine, the urge to capture and share news is borderless. As time passes, undoubtedly more documentaries from the frontlines of Ukraine will be produced, but this early programme at DocFest reinforced the artform’s power to preserve even just one person’s perspective of a single day, one that is both extraordinary and totally mundane.

At the post-screening Q&A for One Day in Ukraine, an audience member asked the film’s producer, Igor Savychenko, about preparing to capture the invasion. A seasoned documentarian who has been with Babylon’13 for nearly a decade, Savychenko seemed totally at ease with the potential dangers of capturing a war in real-time. “We knew what to do,” he answered with a shrug. “So, we did it.”

The 2022 edition of Sheffield DocFest ran between 23-28 June. More information on the festival’s Ukrainian programme can be found here.

The post At Sheffield Doc/Fest, filmmakers reflect on the war in Ukraine appeared first on Little White Lies. 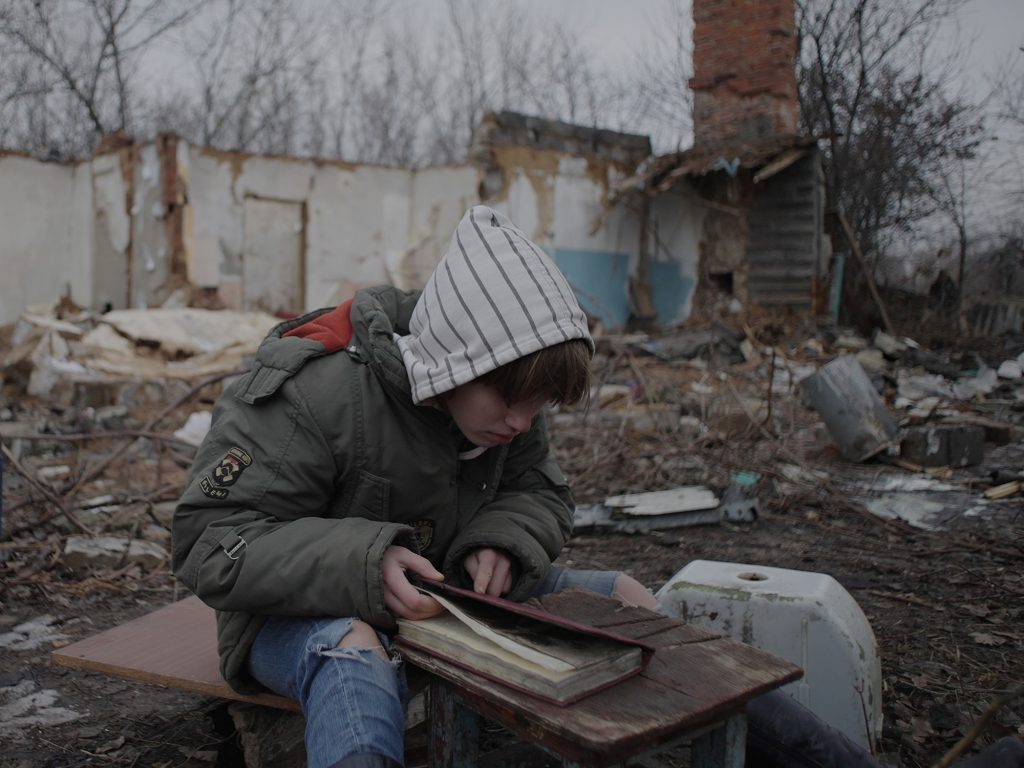