“I don’t know, you guys: it’s Halloween, there’s a full moon. Don’t you think we might be pushing it just a little bit?”

So says Randy Steckle (Oliver Platt), some way into Joel Schumacher’s Flatliners, as he and four fellow medical students are about to embark, for their third time, on a clandestine life-and-death experiment – and he has not even mentioned the fact that their illicit extracurricular activities are also taking place, much like their more legitimate daytime anatomy classes, in the decidedly unclinical setting of a pillared building with old masters’ paintings of Prometheus all over the walls and giant busts of the medical (but also psychopompic) god Mercury lying on the floors. In other words, Randy’s words are also a metacommentary on the aesthetics of excess propelling the very film that features him, where everything is overdetermined and overblown and just too much.

Still, in Flatliners the characters too are always ‘pushing it just a little bit’, exceeding boundaries and transgressing limits on a quest, as their ringleader Nelson Wright puts it, “to see if there’s anything out there beyond death.” For psychotically arrogant Nelson, serial womaniser Joe Hurley (William Baldwin), messianic atheist David Labraccio (Kevin Bacon) and haunted, death-obsessed Rachel Manus (Julia Roberts) will all, one-by-one, voluntarily be induced into a flatlined state of death and then medically restored to life some minutes later, so that they can report back on any experience they might have had while dead, or even any revelation they might have been able to bring from the other side.

At the same time, encouraged by their medical course to be hyper-competitive with each other, and in some of their cases naturally so anyway, they are quick to undermine any scientific value that their experiment might have by constantly altering its parameters and trying to outdo one another, with each patient staying dead longer than the last. This is as much about the satisfaction of ego as the advancement of science, as they variously seek celebrity, self-aggrandisement or answers to very personal questions. So Flatliners has all the Promethean hubris and miraculous resurrections of Mary Shelley’s 1818 novel Frankenstein, only without the monster. Schumacher’s film does, however, still qualify as horror, for while these four, once they have flatlined, may show zero brain activity, their consciences still remain very much alive, and after they have returned from death, they are haunted by their own guilty memories and beat themselves up (in once case literally) over their naggingly persistent pasts. These harrowing ghostly reckonings – which Nelson terms “karmic problems” and Randy calls “heebie-jeebie stuff” – are presented as trippy close encounters, lit in the reds and/or blues of a classic giallo (or of an Eighties schlockfest).

With its brat-pack cast of what at least now seems very big names, Flatliners is a cheesily bombastic film, full of alpha male characters all constantly vying to get in the pants of the only woman in their midst, and endlessly alienating viewers with their masculine swagger and aggressive rivalry. The exception to this, anchoring all the near-operatic shrillness, is Randy who, despite his name, alone seems uninterested in bedding Rachel, and who also alone refuses to be subjected to the fatal experiment. Instead he hovers on the sidelines, providing the group with a voice of reason, a poetic chorus of moral commentary, and a lot of much-needed comic relief.

Flatliners is about portals that should not be opened – but of course are. “There was a door in our old hallway and I wasn’t supposed to go in,” says Rachel of a forbidden ingress, made by her at the age of five, which led to her ex-army father’s suicide. There is a clearly visible “no access” sign in the building wing where the five students conduct their experiment. There are the alleyways and tunnels which lead to nightmarish hallucinations. And of course there is mortality itself, a threshold which normally one should cross only in one direction. These death-defying pioneers might wonder if there is really anything out there, but what they find is themselves, and the unresolved issues of their own psyches. It is a little banal as a solution to the questions raised by the film, but then, who really expects a popcorn movie to settle eschatological conundrums that have been puzzling religion and philosophy for millennia? 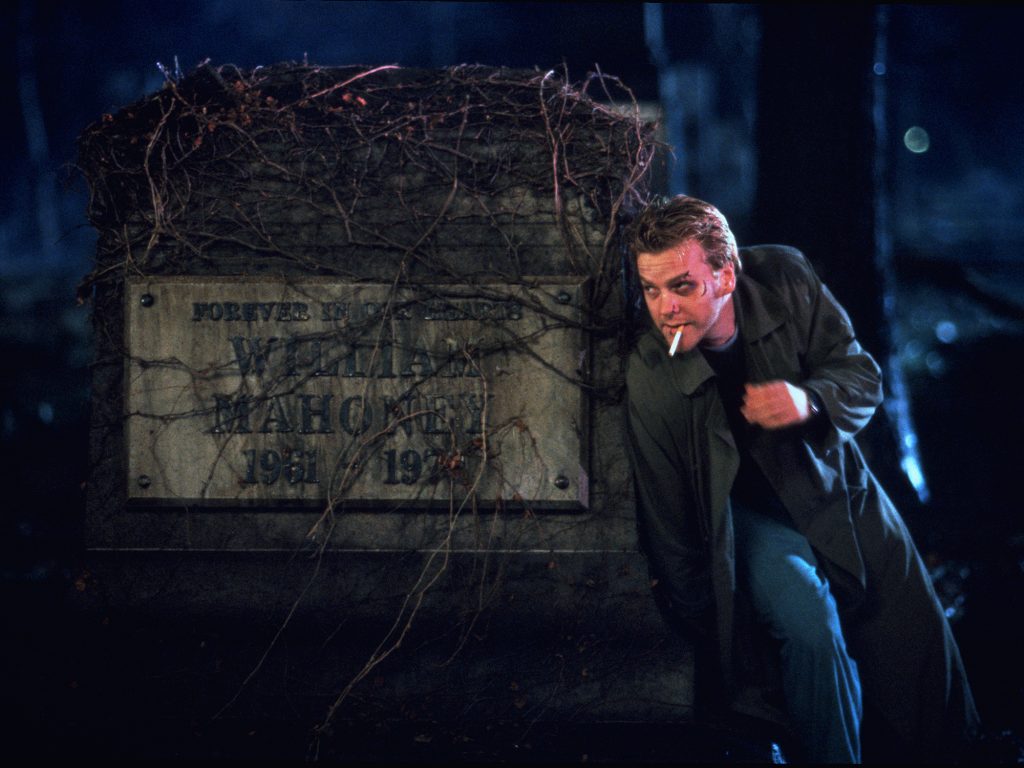