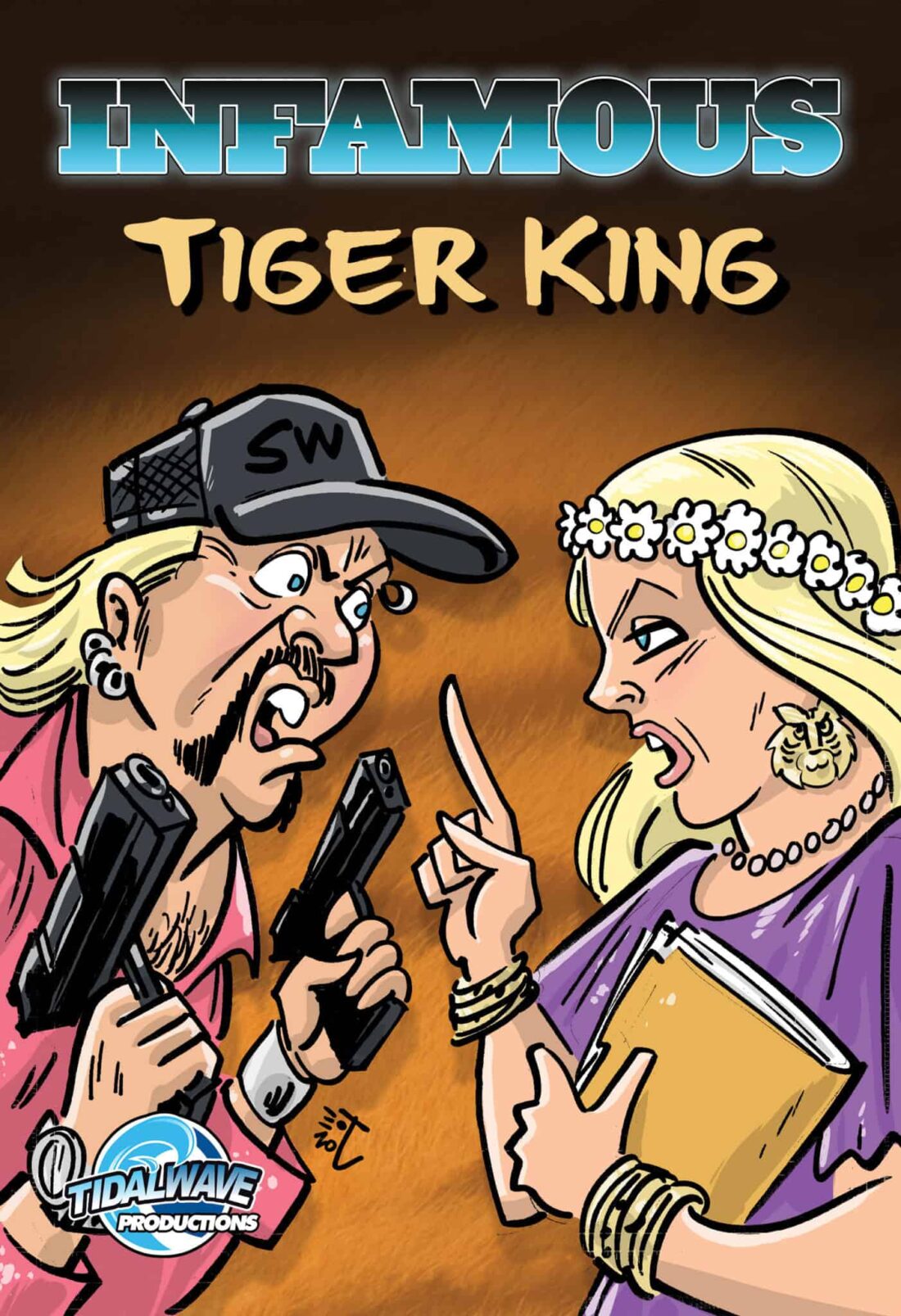 Things are looking pretty bleak. We’re all trapped indoors. We’re starved for outside entertainment, and we’re begging film studios to drop their theatrical plan and rescue us through their streaming platforms. It’s a weird era, one that Netflix and other companies seek to take advantage of while our attention is guaranteed.

Tiger King: Murder, Mayhem and Madness dropped on us as an intensely binge-able bit of train-wreck tabloid schlock and graduated into a full-blown pop culture phenomenon. Spend ten seconds online, and you’ll be assaulted by one Joe Exotic meme after the other. There’s no escape. You either lean into the madness, or you get to strategizing your growing list of muted words.

We already warned you, there is plenty more Tiger King material charging over the horizon, but we were just scratching the surface. Netflix recently slapped together a bonus eighth episode of their series, entitled “The Tiger King and I,” and crossed their fingers that we would all happily eat it up. The tagged-on forty minutes mostly operates as a “where are they now”update for most of the individuals touched by the madness pulsating through the original batch of shows.

Conducting the interviews is Joel McHale via Zoom. The actor approaches each chat guns blazing, firing off rat-a-tat snark that most of his subjects can barely comprehend before he’s off to the next victim. The experience is more than a little stomach-churning, but you have to wonder how you would proceed given the same opportunity? There is no new info from Joe Exotic (who is still behind bars) or Carole Baskin (who has been quite vocal regarding her disgust for the series).

Who you will see plenty of in the new episode is Jeff Lowe, the one-time business partner of Joe Exotic, who some accused of kickstarting the murder-for-hire plot against Baskin that eventually placed the Tiger King in jail. The CEO and Founder of Greater Wynnewood Exotic Animal Park is more than eager to get facetime with the public, going as far as launching an AMA on Reddit a few days ago. He’s obviously a firm believer in “there’s no such thing as bad publicity.”

A quick perusal of the thread will uncover plenty of delicious oddities for folks needing this particular palate quenched. Lowe flatly denies the conspiracy theory that he’s Baskin’s original husband, stating, “She is not my type.” He claims that the Tiger King producers framed the series as an expose on Baskin and “the dangers of keeping tigers.” Lowe adamantly states that the animals they euthanized on the ranch were not then fed to humans but would sometimes be made into food for other animals.

Whether you spend ten minutes or six hours plunging through Lowe’s AMA, one thing is made abundantly clear: the man knows his fifteen minutes when he sees it, and he will make it work for him as best as he can. Who can blame him? Most of us are hurting for cash right now, and the walls are getting closer and closer every day. Whatever distraction Tiger King can give, we’ll take.

For my money — and my desperate desire for distraction — the most interesting Tiger King spinoff is the upcoming comic book. Oh, yeah, you read that right. Joe Exotic is going graphic, coming for your bookshelves and longboxes.

TidalWave Productions is publishing a 22-page comic book called Infamous Tiger King. Written by Michael Frizell and penciled by Joe Paradise, the sequential biography of Joe Exotic is meant to satiate our hunger for Tiger King content while also highlighting how his public showcasing of tigers perpetuates animal cruelty. The publisher partnered with PETA (People for the Ethical Treatment for Animals), giving them space in the book to illustrate the typical practices of low-budget roadside zoos and the resulting anguish that befalls the caged creatures.

They’re not waiting to get this book out there, either. Despite the struggling arena of comic book direct market sales, TidalWave plans to have the first issue in your hands by June, distributing physical copies through Amazon and Comic Fleamarket, while pushing digital copies via iTunes, Kindle, Nook, ComiXology, and Kobo. Irons must be struck while they’re hot.

Licensed comic books are a tricky proposition, where very few stand apart from the rest. The possibility of a quality narrative here seems unlikely, but we already know there is enough weird to go around with this story. The trick will be if Frizell and Paradise can offer new insight on material that a greedy public has previously devoured in another medium.

You’re probably better off nabbing the March trilogy detailing the incredible journey of John Lewis from an acolyte of Martin Luther King, Jr. to the socially avenging US congressman. Or, if you’re thirsty for something a little more sweaty a la Tiger King, then you should go with My Friend Dahmer by cartoonist Derf Backderf. His incredible true-life connection with the teenager who would eventually grow into one of the most notorious serial killers this country has ever seen is a truly nightmarish life happily splayed for public consumption.

But right now, you’re here for Tiger King. Can our obsession with Joe Exotic last until June and put some money in the pockets of TidalWave Productions? Are these entrepreneurs milking a fertile cow, or beating a dead horse? Only our dollars can answer these questions.