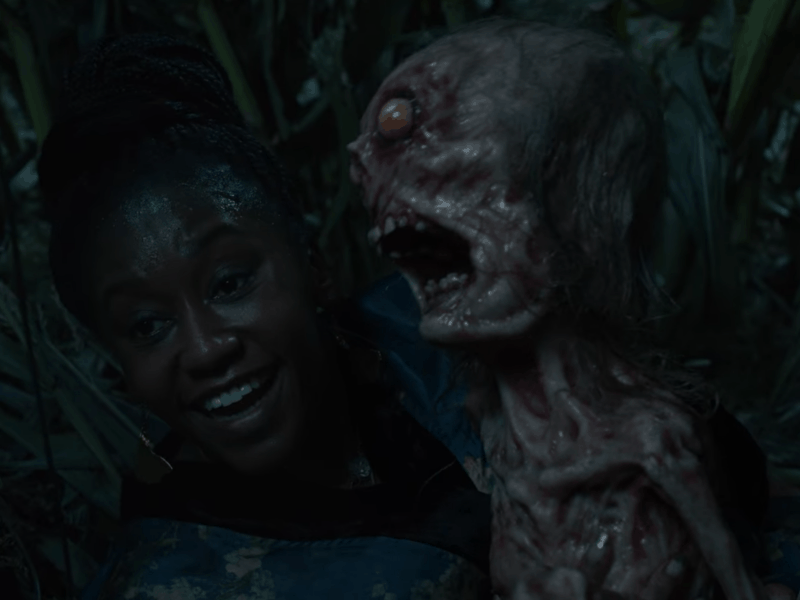 Welcome to Drop What You’re Doing, the column that eventually catches up with an under-the-radar TV series and urges you to do the same. This time, we’re recommending Evil, the TV show you won’t believe began on CBS.

There’s a reason you may not have heard about the procedural horror drama Evil before it made its way to Netflix this month. Blame it on marketing or that it got lost in the neverending stream of new content, but the most likely culprit is that Evil originated on CBS. If you’re like me, you don’t expect to find a worthy successor to Hannibal on the network that airs Young Sheldon and J.A.G., but that’s just what I’m here to tell you.

Michelle King and Robert King, creators of idiosyncratic lawyer-rom-dram The Good Wife, have developed a show that shares the same dark, cerebral, and ridiculously weird sensibility that we came to crave in Bryan Fuller’s reimagining of Hannibal Lecter on NBC. They may have added an extra layer of endearing cheesiness, but Evil is just as bold in pushing the envelope of what can be seen and said on network television, and that’s a huge part of what makes it a must-see. You’re just categorically not expecting all of the extremely bizarre places it’s willing to go.

Before I go further, I do want to say that getting you hyped about Evil means telling you about Evil, which inherently comes with minor spoilers. I’ll keep everything vague and out of context so nothing ruins your experience, but I want you to get a little taste of what the show has to offer to inspire you to add it to your queue. Believe me: you’re going to want to see this.

Evil follows forensic psychologist Kristen Bouchard (Katja Herbers), a professional skeptic who assists the District Attorney’s Office of Queens, New York, in assessing the mental acuity of criminals on trial. After an incident involving a convicted murderer claiming to be demonically possessed, Kristen is contacted by a different kind of assessor, David Acosta (Mike Colter), a priest-in-training who works for the Catholic Church in determining whether or not a case of possession is real. He wants a questioning, psychological eye for his assessments, as he believes science, as much as superstition, can be responsible for religious phenomena.

Alongside David’s technical expert, Ben Shakir (Aasif Mandvi), another skeptic who looks for a natural explanation to the supernatural, the trio encounter everything from ghosts and demons to miracles and prophecies, as well as confronting real-world terrors like Leland Townsend (Michael Emerson), a Mephistophelean psychologist who has a preternatural talent for encouraging the absolute worst in everyone he meets.

The Kings say their intention was to create a show “where you could look at present-day phenomenon and you could interpret it scientifically and supernaturally.” Evil is a procedural, after all, so the Kings use Kristen, David, and Ben’s different viewpoints on the unexplainable to give the audience all the puzzle pieces they need to solve these monster-of-the-week mysteries. Is a Broadway producer being driven mad by the voice of Satan, or is it really just a hacker who has tapped into his Alexa and is terrorizing him over a loudspeaker? While the show may offer answers, it always manages to leave the door open for you to make up your own mind.

The show’s most chilling moments, though, come from the creators contrasting supernatural phenomena, like resurrection and demonic possession, with the evils that people encounter every day, from systemic racism (“177 Minutes”) to militant misogyny (“Exorcism Part 2”). Hearing possessed women describing ritual murder is creepy, but listening to incels reading their vile internet comments out loud is utterly terrifying.

In spite of how dark the show can be, the creators wanted Evil to also be filled with “things that scare you and then make you laugh afterward,” which speaks to the inherent fun the show has throughout the first season (CBS has renewed Evil for a second, by the way). All of its transgressive themes are balanced out by delightfully self-aware cheesiness. It’s the kind of show that’ll have an honest conversation about abuse in the Catholic Church before telling you its lead character lives under a bridge ominously named the Hell Gate. That’s so on the nose, how can you not inwardly smile at the unsubtle wink towards the macabre?

This cheesiness is also paramount to some of the show’s best villains, like the augmented reality entity Rose390 and George, the dream demon that Kristen meets in “Genesis 1.” Created by Academy Award-winning makeup designer Joel Harlow, George is the textbook definition of a ghoul, with sharp teeth and glowing eyes. But rather than being a run-of-the-mill monster, George has a sharp tongue to humorously terrorize and taunt Kristen with, almost like a network television version of Freddy Krueger cracking wise. He even shares a love for cutting off fingers with fiendish glee, except in George’s case the digits are off of our horrified protag: