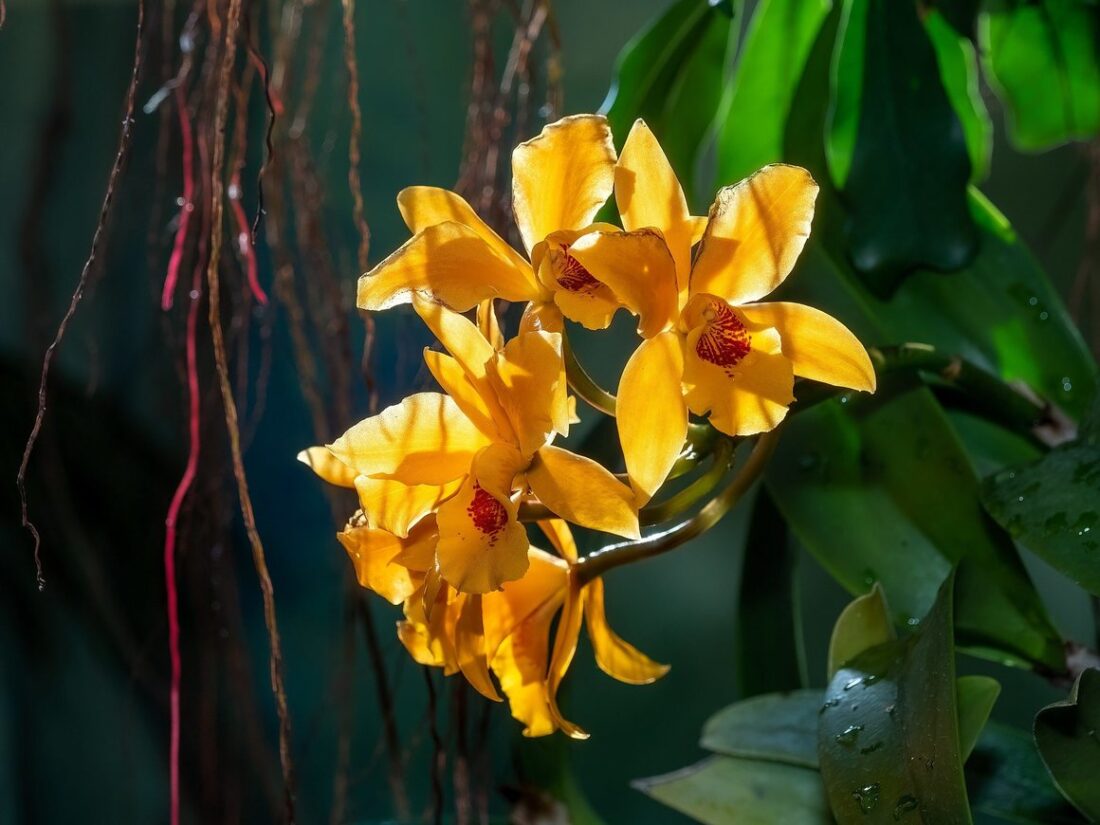 The year 2020 hasn’t been gentle on anyone, and that includes Gastrodia agnicellus. For years, the orchid was simply minding its business, living and dying in the shade of Madagascar’s evergreens, with bamboo and ficus for neighbors. Flanked by moss and tucked under a damp blanket of leaf litter, its days are subdued until a flower opens beneath the rustling comforter. Platoons of ants clamber around, some to steal G. agnicellus’s nectar before continuing on their way.

Scientists from England’s Royal Botanic Gardens (RBG), Kew, came upon the orchid in 2017 and 2019, and recently described it in the garden’s journal, Curtis’s Botanical Magazine. That’s when things got a little awkward. If orchids could flush with embarrassment, G. agnicellus’s cheeks would be burning: In a year full of frustrations and indignities, the botanic garden team piled on the plant, playfully dubbing it “the ugliest orchid in the world.”

To nab the superlative, G. agnicellus beat out a lot of competition: There are roughly 28,000 naturally occurring orchid species and more than 100,000 bred hybrids, says RBG Kew’s Johan Hermans, author of the paper about the homely G. agnicellus. Orchids grow on every continent except Antarctica, and can thrive “in every terrestrial habitat type except true desert and completely frozen land,” says Lauren Gardiner, curator of the Cambridge University Herbarium and a member of the Orchid Committee at the Royal Horticultural Society. Unfortunately for poor G. agnicellus, many of the other contestants happen to be ravishing. Some orchid species have frilly or ruffled flowers—maybe a single stunner, maybe hundreds of petite ones—in a stampede of colors. Others are drab, and the newly recorded orchid perhaps especially so: A pull-no-punches press release from the botanic garden notes that G. agnicellus’s flowers are “small, brown, and rather ugly.” This species “is definitely not what people would think of or recognize as being an orchid,” Gardiner says, “but it really highlights how incredibly diverse the orchid family is.”

The plant’s flowers are undeniably un-showy. Fleshy and tube-shaped, they’re a little alarming up close: From overhead, they resemble a gape-mouthed whale shark with strep throat. G. agnicellus bucks our conventional orchid beauty standards, and that’s just fine. “These features are sufficient to attract its pollinator,” says Hermans. “It does not need conventional attractiveness.”

Though the flower looks a little gnarly, its rose-like scent is agreeable enough. “Orchids cheat a lot, meaning that they lure the pollinator with odors, colors, and even movements to make the pollinator think they will find food, a mating partner, or even a resting site,” says Melania Fernández of the Lankester Botanical Garden at the University of Costa Rica and the department of Plant and Soil Science at Texas Tech University. Orchids can smell like all sorts of things, from mushrooms to rotting flesh to randy bees. Ophrys sphegodes flirts with the bee Andrena nigroaenea using a tactic that one research team, led by evolutionary botanist Florian P. Schiestl, has called a “sexual swindle”—perfuming the air with the same compounds that show up in the bees’ sex pheromones and inviting “pseudocopulation.” Orchid species are typically pollinated by insects, including bees, flies, butterflies, and moths, though some are pollinated by birds and others can self-fertilize, Gardiner says. The RBG Kew scientists haven’t confirmed how G. agnicellus is pollinated. Hermans suspects ants or flies, and points out in the paper that a similar species taps flies to do its dirty work.