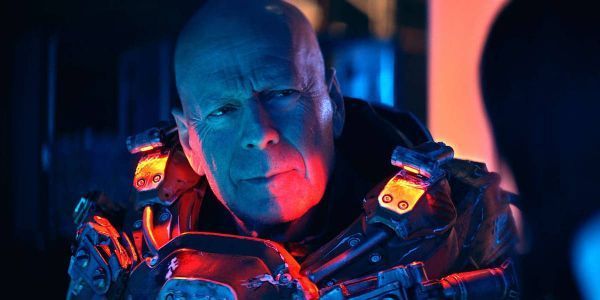 The aliens are coming in Cosmic Sin, the latest from co-writer/director Edward Drake.

When the first contact with an unknown species doesn’t go well, humanity is put in an awkward position. The aliens likely think we’re hostile, and instead of waiting around to see if an interplanetary war can be averted, a group of soldiers decides to go on the offensive. They aren’t exactly the cream of the crop (one technically isn’t even active anymore), but it’s a group that can get the dirty job of saving humanity done.

This science-fiction/action mashup is the kind of material Drake thrives on, having previously made the horror/thriller Broil and with actioners Apex and American Siege already in post-production.

In an oddly consistent teaming, Drake seems to have caught the attention of Bruce Willis, who stars here and in both of his upcoming features. On some level this makes sense: Willis is known for his action movies, and Drake seems to be earnestly churning them out. One would think Willis has his choice of collaborators, though, and Drake is a relative unknown.

Assumedly the star sees something in the burgeoning director, and I suppose we’ll find out what that is with Cosmic Sin.

Cosmic Sin is directed by Edward Drake and stars Bruce Willis, Frank Grillo, and C.J. Perry. It will be released in the US in theaters and on-demand on March 12th, 2021. For international release dates, click here.