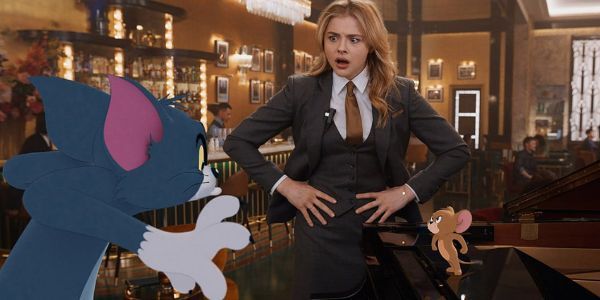 The famous duo takes their hijinks to the big city in Tom & Jerry, the latest from director Tim Story.

The literal cat and mouse games of Tom and Jerry have delighted people for decades, their rivalry and constantly escalating battles having filled innumerable shorts and features. But how to keep it fresh? This movie decides to kick them out of their familiar surroundings and put them in one of the finest hotels in New York City, where their escapades can put in jeopardy the hotel, a high profile wedding, and the poor staff member tasked with getting rid of the “mouse problem”.

A combination live-action/CGI family film isn’t the most obvious project for Story to take on. Sure, he’s done lots of audience-friendly films like Barbershop, Think Like A Man and Fantastic Four, but none of that is aiming for kids quite like this one does nor did they have to live up to a pop culture legacy like Tom and Jerry’s. Still, he’s proven to be a consistent director, so hopefully, this will be another feather in his cap.

Joining the titular CGI creations are the real-life performers Chloë Grace Moretz, Michael Peña, and Rob Delaney. Moretz seems to be the lead human, but we all know she’ll be third fiddle at best. As long as everyone involved stays true to the Tom and Jerry ethos we know and love, this movie should turn out just fine.

Tom & Jerry is directed by Tim Story and stars a CGI cat and mouse (and some humans). It will be released in the US in theaters and on HBO Max on February 26th, 2021. For international release dates, click here.

Are you in the mood for cat and mouse games? Let us know in the comments!