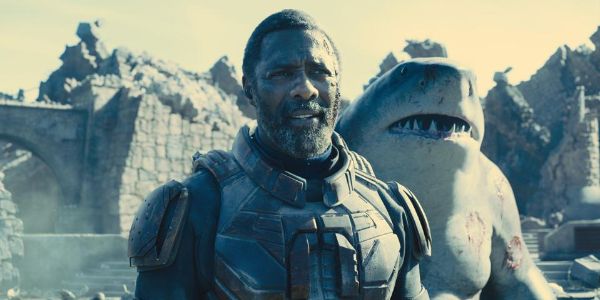 It’s round two for the bumbling villains in The Suicide Squad, with James Gunn taking over writing and directing duties.

Gunn is sort of the perfect guy to take over the franchise after 2016’s Suicide Squad fell flat on its face. Critically panned and generally reviled, it was an ill-timed misstep for the already struggling DCEU, and it was supposed to be fun. It’s a series about a wacky supervillain group, after all, one sent out on missions too dangerous for everyone else. But the zaniness didn’t land, so they got Gunn, maestro of the similarly oddball Guardians of the Galaxy movies, hoping he could sell people on the concept the second time around.

From this trailer it looks like Gunn swings for the fences, throwing in more characters than a novice like myself could possibly take in. There’s a handful of returning squad members, including Margot Robbie’s Harley Quinn and Joel Kinnaman’s Rick Flag, but it’s the newcomers that really pop. Idris Elba is always welcome and appears to be a put-together leader (for this group) as Bloodsport, who is often foiled by John Cena’s earnest Peacemaker. And oh yeah, there’s a walking shark aptly named King Shark, voiced by Sylvester Stallone.

That’s just a few of the recognizable faces and noteworthy characters bouncing around here, largely because character (and plot, for that matter) isn’t its biggest selling point. After stumbling with the first one, this has to convince us that it’s worth reinvesting in the group, and Gunn’s sustained, breezy comedy is what they’re leaning on. And this trailer is very funny.

The Suicide Squad is directed by James Gunn and stars Margot Robbie, Joel Kinnaman, and Idris Elba. It will be released in theaters and on HBO Max in the US on August 6th, 2021. For international release dates, click here.

Will you go chomping with this group? Let us know in the comments!