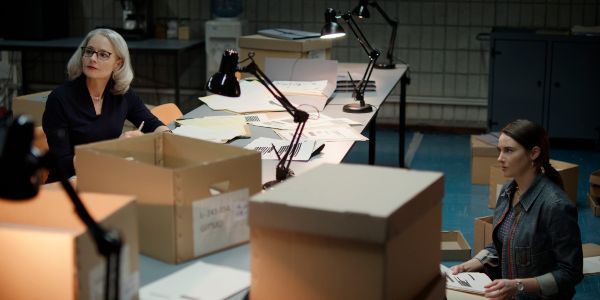 The movies are going back to Guantanamo in The Mauritanian, the latest from director Kevin Macdonald.

The horrors and hypocrisies of the Guantanamo Bay detention center shouldn’t be news to anyone, but the ways in which it disregarded the fundamentals of American law and values are worth examining again and again. This time it’s the story of Mohamedou Ould Salahi under the microscope, a man who was picked up and held at the detention center without charge for over a decade. When a pair of lawyers take on his case, caring more about the law than whether he is guilty or not, they face an overwhelming battle against the whole of the US government.

The decisions America made post-9/11 will be studied exhaustively and brought back to life across all mediums, but this presents the unique perspective of a documentarian taking on a fictionalized version of reality. Macdonald, who made both the doc Touching the Void and the narrative The Last King of Scotland, is well aware of how far you can push the truth, and he should be able to form this legal battle into a thrilling movie.

This kind of material also tends to attract top talent in front of the camera, and The Mauritanian is no exception. Jodie Foster and Shailene Woodley play the lawyers representing the titular character, who is portrayed by A Prophet star Tahar Rahim. Facing off against them is a conflicted lawyer for the US played by Benedict Cumberbatch.

This star-studded movie looks to be another scorching take on America’s recent past.

The Mauritanian is directed by Kevin Macdonald and stars Jodie Foster, Shailene Woodley, Tahar Rahim, and Benedict Cumberbatch. It will be released in the US on February 19th, 2021. For international release dates, click here.

Are you up for another look at America’s hypocrisies? Let us know in the comments!