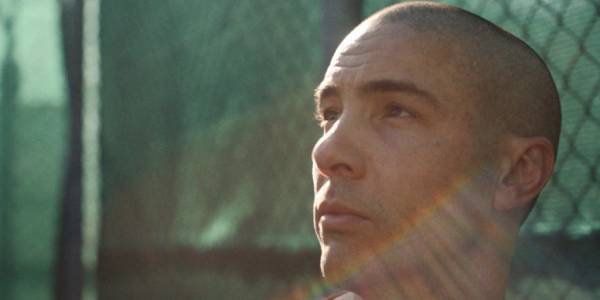 Inexplicable though it may seem, Mohamedou Ould Slahi spent nearly 15 years imprisoned in Guantanamo Bay without being charged for a crime. Attending the wedding of a friend in his native Mauritania on the coast of North Africa only months after the fall of the Twin Towers, Slahi was approached by police officers who told him he was wanted for questioning by the American authorities; it was believed he acted as a recruiter for the 9/11 attacks which shook the world. He obliged, telling his terrified mother he would be back soon, that she should save him some tajine. He would never see her again.

In the near 15 years before he would find freedom, Slahi alleged vicious torture, beatings, and inhumane abuse at the hands of his American captors. While detained he wrote a memoir of his experiences, a 466-page manuscript written in English, a language he had only learned after his imprisonment. That memoir became “Guantanamo Diary”, a harrowing account of sexual abuse, mock executions, continuous sleep deprivation, and emotional torture. Although much of the original work – published while he was still detained – was redacted, it became declassified by the US Government shortly before release and was a best seller. Now that story makes its way to the silver screen, having been adapted by Kevin Macdonald and titled The Mauritanian.

Perhaps unsurprisingly given its director, The Mauritanian has something of an old school, robust filmmaking in it. Although positing itself as a legal drama – and it does have courtroom scenes – the focus here is more on Slahi’s own experience in Guantanamo, which is increasingly difficult to watch. Played by Tahar Rahim (who you may remember from the excellent limited series The Looming Tower), Slahi is a good-natured man confounded by the circumstance he finds himself in. He protests his innocence frequently and clearly to his interlocutors, neither of whom believe a word. Interestingly, The Mauritanian doesn’t seem altogether interested in the question of whether Slahi was complicit in the 9/11 attacks – evading the facts that lead to his arrest and omitting details of just what the US government might have had on him – instead Macdonald focuses more on the profound human rights violations which took place; through Slahi’s eyes, we come to see how the controversial US policy of extreme rendition and brutal torture is actually antithetical to gathering intelligence. While Slahi did eventually confess to the crime, he did so under duress, in circumstances under which most people would confess to the murder of Julius Caesar if you’d asked them.

So it’s difficult to separate fact from fiction most of the time. It is important to remember the account comes directly from Slahi, and therefore is compelled to take his side. Suspicious incidents like Slahi wiring money to his cousin, a known Al-Qaeda member, or meeting with another jihadi in Germany prior to the attacks, are dismissed without much fanfare. More interesting is the legal procedures in which Slahi’s attorney Nancy Hollander (a regal-looking Jodie Foster) must take part in order to free Slahi. Reams and reams of documents relating to Slahi’s case were redacted, ensuring she had little to no knowledge of why he was there. On the opposite side, Benedict Cumberbatch‘s Stuart Couch is a straight-laced army colonel with a personal interest in ensuring someone pays for the events of 9/11, and is adamant Slahi be prosecuted to the full extent. Some of the best scenes involve Hollander and Couch face-to-face in low-grade cafeterias discussing the ethical implications of the case and you wish there might have been a little more back and forth with them, perhaps in a courtroom setting.

The acting is always great here. Rahim has most of the legwork in imbuing Slahi with an earnestness and resilience that makes you root for him amid some sickening torture routines. Foster is typically tough and a pillar of authority in a messy situation, whereas Shailene Woodley is underused as her somewhat naive but well-meaning associate. Cumberbatch gets a little more lifting to do as a man in a conflicted situation (as well as wrestling with a southern accent which he only occasionally pulls off), but honestly, there isn’t that much to work with for anyone outside of Rahim. The narrative here is, as mentioned, robust and told with an unsentimental eye. Rahim gets a good monologue near the end, but apart from that there’s a sense of going through the motions a little; a blandness seeps in which is a shame considering the story we’re dealing with.

Ultimately, The Mauritanian might have been more interesting had it delved more into the legal process of Slahi’s case. There has been much made of the practices in Guantanamo over the years, and this account is perhaps the most damning of all, and yet the ethical debates are largely eschewed in favor of Slahi’s own history, which is occasionally told in flashback. As it is, what we’re given is far more surface-level than it should be, and unfortunately doesn’t add as much to the conversation as it perhaps thinks it does.

There are many stories of the life of detainees in Guantanamo Bay. Which do you think is the best? Let us know in the comments.

The Mauritanian made its UK debut at the Glasgow Film Festival on 22nd February.